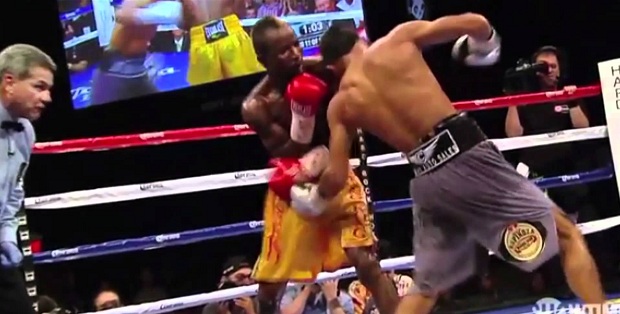 Some say that if you stand in a dark room, gaze into a mirror and count out loud every time Abner Mares punches Joseph Agbeko in the balls and then spin around three times, the ghost of Bloody Mary appears and kills a kitten.

Mares was warned countless times for his countless low blows without ever being docked a point – he would go on to win a majority decision; Judge C.J. “It’s a Draw” Ross scored the draw. Referee Russell Mora had subsequently publicly apologized for the failure of officiation.