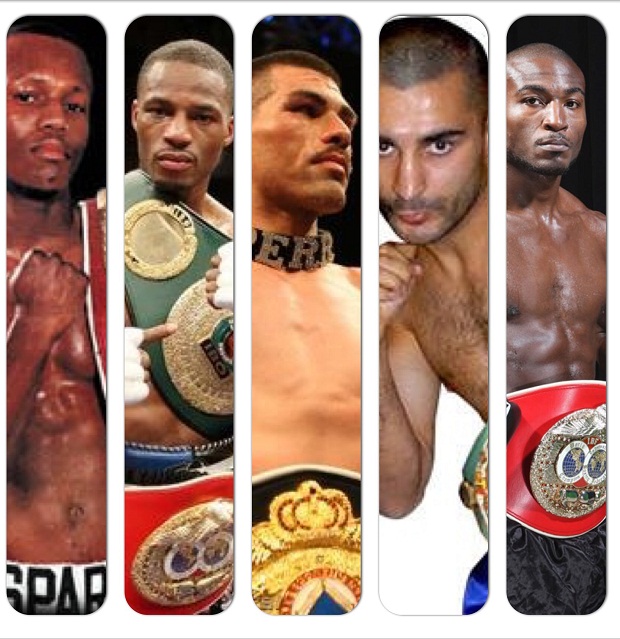 Roy Jones Jr took his act to Russia, far away from the lights and TV of America. He’s able to handpick opponents and perform some hip-hop right after he disposes of them. Yet, no one has to shell out moolah for premium cable channels to view the circus.

As 2014 nears end, it’s time to reflect on the fighters who TV execs need to turn a blind eye to. Promoters need to stop offering them six-figure checks for the sake of their health. And as a paying customer, I think we’re done with these horrible sequels as well.

Quite frankly, how does losing three of five warrant a TV bout or an elimination bout?

The time has come for these respected fighters to find an open land for feeding, far away from the public’s eyes

However, he’s 2-3 in last 5 bouts. He hasn’t had a signature performance against a quality opponent in 4 years.

In his last 2 bouts, the telling signs are there of a drop-off in skills and intangibles. Against Garcia, he showed very few spots of competitiveness. He was downright dreadful against Malignaggi.

His reflexes are shot– and that was Judah’s bread and butter. The punishment he’s receiving in these bouts is increasing.

He is still a household name. He can still compete and beat “C” level fighters like Vernon Paris. Yet it’s time to realize the Judah we came to love, is years beyond his prime

Yet he is merely 3-4 with 1 no contest in last eight bouts. And quite frankly, he’s dreadful to watch. The Hopkins bouts are examples of why boxing fans are switching to MMA. His recent loss to Tommy Karpency was another snoozer.

Andre Ward made him look foolish and amateurish. And the Adonis Stevenson bout? Well, I don’t believe the ink on the check had dried before it was over.

For the sake of boxing fans, can Dawson be the fourth bout on all triple headers? We’ll thank you with cookies.

Alfred “El Perro” Angulo- They don’t come any tougher then “El Perro”. He’s pure heart and determination. His effort can never be questioned.

Yet his shortcomings are starting to affect his health. He’s slow-footed and has below average hand speed.

He competed in the Lara bout but in the end, one shouldould be concerned for the punishment he absorbed. The same can be said about the Canelo fight, except it was more one-sided.

He just dropped his 3rd bout in a row against James De La Rosa. A huge drop-off in level of competition, too. Not only that, he seemed gun shy, the first sign a fighter has taken one too many beatings.

The former WBO interim title holder may need to be put down at the local shelter.

“The Raging Bull” Vic Darchinyan— Boy can Vic punch, exciting end of the fight-type power. Lately though, he’s been on the other end of the knockouts. He’s lost his most recent two bouts by KO. He’s currently 2-4 in last 6 bouts. He does hold a victory over well-regarded prospect Luis Del Valle but the jury is still out on Del Valle..

Plain and simple, he can no longer bang with the best of them. The limelight is quickly fading. His name and punching power will secure another run at a possible title

He’s just 11-6-1 since the first Donaire fight. The former WBC/WBA Super Flyweight Champ is now tasting his own medicine.

Tavoris Cloud- Who saw this coming? Cloud, heading into his bout with Hopkins, was the favorite.

That was the beginning of the end for him. After defeating Clinton Woods to capture the IBF Light Heavyweight title, he defended successfully four times.

Cloud has fallen on hard times, dropping his last 3 bouts. He was picked apart and embarrassed by Adonis Stevenson. In his most recent bout, little known Artur Beterbiyev used him as a steeping stone to recognition, destroying him in two rounds.

The “Cloud” is raining down on Tavoris.

Nothing lasts forever, all great things will eventually come to an end. Our bodies are supposed to fail us, it’s human nature. Professional athletes are physical specimens, they’re built from a different cloth then the average human.

So when they fall, they usually fall harder and faster. First their skills start to deteriorate, then their minds begin to fail them. They believe they’re still invincible, still the best at that they do.

Yet their performances no longer attract the big stage and bright lights they once enjoyed. However, there is no retirement tour or ending to the season. So they fight on….