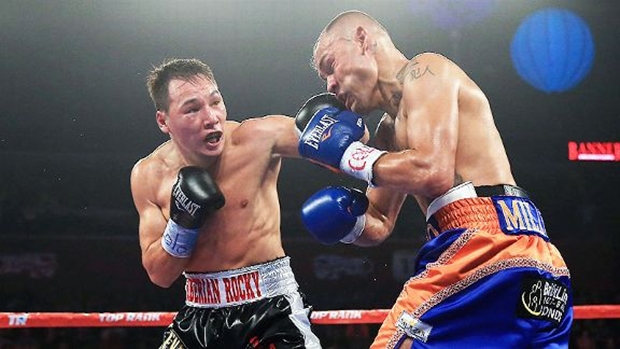 Apparently out of the running for any major bouts the rest of this year, former world titlist Ruslan Provodnikov (24-3, 16 KOs) will stay busy with a November 28 bout in Moscow against an opponent to be named.

According to Provodnikov’s promoter, Artie Pelullo, efforts were made to bring Zab Judah and then Mauricio Herrera over for the Moscow card, but both fighters balked at fighting in Moscow. The Herrera bout would’ve been a rematch of a controversial 2011 decision loss for Provodnikov.

In Provodnikov’s last bout he lost his WBO junior welterweight title in yet another controversial decision, this time to New York’s Chris Algieri. The Algieri victory subsequently set-up the upcoming Manny Pacquiao-Algieri welterweight title bout in Macau on November 22.

All three of the “Siberian Rocky’s” professional losses have come via controversial decision.