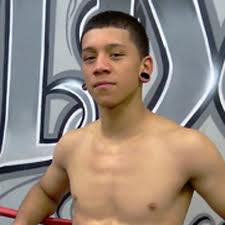 Saturday night will mark the fifth time Diaz has fought in 2012. He kicked off the year with a technical knockout victory over undefeated Guy Robb on ShoBox, before moving on less than a month later to stop Ryan Pederson (2-8, 2 KOs) in only one round. Six weeks later Diaz stopped Colombian club fighter, Yogli Herrera in four rounds. In his last fight, Diaz stopped former world title challenger Emmanuel Lucero inside of five rounds.

Sanchez began his career with eleven straight wins, but was quickly thrown in against stiffer competition and he’s gone 2-6-1 since. Among his six losses were a two-round TKO loss to future world titlist Adrien Broner, and decision losses to Mark Davis, Edner Cherry, and Ronny Rios.