This Sunday morning, U.S. time, while most Americans will be finishing up their weekends, fallen light heavyweight prospect, Ismayl Sillakh (17-1, 14 KOs), will be scrambling the neurons of hopelessly overmatched, Igor Pylypenko (3-12-2) in a 10-round cruiserweight bout at Club Sportlife in Kiev, Ukraine. 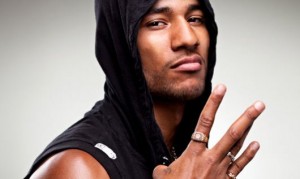 Pylypenko, 39, hasn’t won a bout since 2002 and is on a 0-11-1 run since his last victory with five of his last seven losses coming via stoppage. To be fair to the light-hitting pug, there was a 6-year retirement wedged into his career (from 2002-2008) before the Zaporozhye, Ukraine native realized there was some cash to be made on the human sacrifice circuit.

Since returning to the ring in 2008, Pylypenko has been used exclusively as a patsy for Eastern European cruiserweight prospects, usually going down hard against hot (or semi-hot) properties on the rise.

Sillakh, a native of the Ukraine fighting out of Southern California for the last several years, had been regarded as one of the sport’s brightest prospects until his April collapse against unheralded Denis Grachev. Thought to be his last showcase before making a move to the main stage, Sillakh completely fell apart under Grachev’s pressure and was stopped in the eight round of the Friday Night Fights main event.

Now, the 27-year-old is in full rebuild mode, looking to earn a spot back in the minds of fight fans and, maybe more importantly, regain some confidence after suffering the type of loss that could’ve been a career-crusher. Against the hapless Pylypenko, Sillakh should find the right type of in-ring therapy. Then, the question will be whether the one-time prospect can fix the little corner of his psyche that allowed for his complete and total collapse in April.