I always find it quaint when I come across a newbie boxing writer who has suddenly become aware of the fact that boxing’s underlying structure is as rotten and diseased as the couch cushion in a Tijuana whore house. Invariably, these guys attempt to rally the “troops” for support and they go through painstaking efforts to identify and then eliminate the scoundrels. 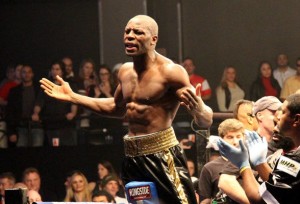 The trail always ends with some clueless bureaucrat in some state commission’s office who has about as much to do with the rotten call as a popcorn vendor at the arena.

In the case of the most recent outrage du jour, Arash Usmanee vs. Rances Barthelemy, you can petition the Florida State Boxing Commission all you want, but nobody there is dedicated to doing anything other than stamping paperwork and passing the buck. Interim Executive Director, Cynthia Hefren, was promoted to the boxing gig from her previous desk job as Director of Auditing for the Inspector General’s Office of Florida. Hefren likely knows boxing like I know jazz dancing.

The directors in the “better” commissions are a different animal altogether. These people generally know the sport, but are so deeply entrenched in the social network of boxing’s power brokers that everything they do can be viewed with at least some suspicion.

It’s all such a frustrating mess of entanglements, ignorance, and conflicts of interest– hardly the cut-and-dry, good vs. evil world envisioned by beginning boxing scribes.

I know. I went through all of this already when I first started writing and had the naive notion that anyone, from the top to the bottom, from the media to the fighters, actually wanted to make a change. Except, in my case, I also went after the glad-handing media and their love of free swag and the virtual reach-around.

I got a lot of heat directed at me by social climbing swine with an eye for membership in the boxing writers’ fraternal order of buffet divers. Now, I’m persona non grata among the cigar-chomping fake-Hemingways and frat boy boxing experts, many of whom used to quote me and link to my articles on a regular basis before I “went rogue.”

Tortured personal narrative notwithstanding, this’ll give the casual observer an idea of how hard real reform will be to implement in boxing. If the intelligentsia of the sport, with, really, nothing to gain from resisting change, is so vainglorious and prone to petty grudges, imagine those who have based their entire livelihoods  on boxing graft.

Boxing’s power structure is irrevocably fucked up. Clean up the commissions and then there are the sanctioning bodies, who often have the power to name two of the three judges for a bout (from a promoter-approved list of officials). Next, are the managers who work to guide their fighters into the best possible situations and the fighters, themselves, who can’t really afford to buck the system by making too many waves and, far too often, go along with the bullshit when it benefits them. At the top of the food chain are the promoters, who pay all the bills, call all the shots, and have a vested interest in every bout they promote. The media is also complicit in all of this (to varying degrees) by focusing on publicist fluff and personal vendettas rather than the sport’s actual issues.

The truth is that nobody really wants reform. Oh, there will be some lip service here and there, but when push comes to shove, nobody is going to do a damn thing. At best, some clueless judge will get a slap on the wrist and, maybe, the promoter might look to take advantage of a controversy by booking a rematch.

As someone who has been published on major, mainstream sites, I can also safely say that the fans are just not that interested in talk of righting boxing wrongs. A top five list of brutal knockouts or a photo series of any top fighter hitting a heavy bag will trump any boxing reform piece by at least 10 to 1 in page views. So, it’s not like there’s really all that much of a consumer demand to clean things up, either.

But getting back to Usmanee-Barthelemy– don’t expect much.

Even if this one, specific turd is cleaned up, nothing is being done about the pack of unhousebroken Great Danes in the House of Boxing, plopping heaping mounds of steaming feces everywhere they want. The effort to reform is always a step behind boxing’s inability to govern itself.

It’s not that reform can’t be accomplished, it’s just that nobody with any power is willing to give up their sweet deal.

The well-meaning, high-minded blogger would have a better chance of blowing up the international space station with a pellet gun from the roof of his apartment building.

This doesn’t mean that we should stop trying, it’s just that it should be clear by now that the sport needs help from the outside if any real, meaningful reform is to be accomplished.