Don’t adjust your dials, Boxing Tribune Editor-in-Chief is away on vacation for the next two weeks. Magno’s Monday Rant will return to its regularly scheduled time on the 25th, but you’re stuck with me until then.

The 24-hour news cycle changed the sport of boxing, some might say for the worse, while some might say for the better. Information is made available as it happens and can be updated by the minute. This is a contrast to the slower pace set by the print media of yesteryear. No longer do we see simple news reports and feature profiles in the occasional Friday edition of the newspaper. News, impromptu interviews, press conference quotes posted minutes after they happen, and media/fan reaction are churned out all day, every day. 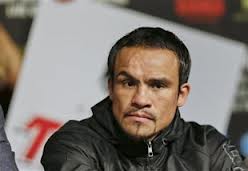 In the day of the newspaper, fights were negotiated in back rooms and behind closed doors. The public knew very little until a deal was made public. In today’s digital age, fights are often negotiated in public view. A promoter can go nibble on the ear of a friendly media shill with a press pass and presto; the public is privy to the back-and-forth between the negotiating parties in a fight.

It isn’t uncommon for a fighter or promoter to use their Facebook or Twitter account(s) to garner public support for their side of a particular contract point or dispute. The recent Donaire-Mares contract fiasco that was played out on Twitter and on BoxingScene is a great example of negotiating in public. A more high-profile example is the Summer 2010 “Money Time” countdown clock in the negotiations that never were, between Manny Pacquiao and Floyd Mayweather’s sides. Moden media can also be used to make a fighter’s payday a little more rewarding.

Case in point: Juan Manuel Marquez is a leading candidate to get yet another massive paycheck for a fifth fight with Manny Pacquiao sometime later this year. He went public with his statement that he doesn’t need to fight Pacquiao again. The close and controversial nature of their first three meetings, in his opinion, was overruled by his stunning one-punch KO victory over Pacquiao in December. He has no desire to fight again, and if Manny wants a shot to avenge his loss, you can bet a little less disparity in purse size will force Marquez to give some thought to a fifth fight.

As it stands, this could be a very smart move by Marquez, but the master of negotiations, Top Rank’s Bob Arum, won’t give in so easily. At some point later on in the actual negotiating period, don’t be surprised to see Ronnie Nathanielsz quoting Bob Arum saying that Marquez is out of the running.

Floyd Mayweather Jr., who still has a lot to learn regarding the concept of media manipulation, is no stranger to the practice of floating a test balloon out over the skies. Mayweather recently tweeted (or Facebooked) an update regarding near-completed negotiations for a May 4 fight with IBF welterweight titlist Devon Alexander. The move wasn’t well-received (rightfully so), and may very well end up being one of two things: to check the temperature of the public, and to take a few bucks away from Robert Guerrero’s purse. Guerrero has reportedly been in negotiations with Mayweather over the last month, but as of today, not deal has been announced.

The evolution of the news media, in all forms, has its pros and cons. In boxing, the digital age has brought more information to fans, but has not necessarily created more informed fans. The business model of internet-based media outlets, when coupled with the ability to churn out new content with the touch of a button, has brought about the quality vs. quantity debate. Far too often, quantity is put before quality.

Whatever the case, we aren’t going back to print media. Digital media and the 24-hour news cycle are here to stay. A sport with so many anachronistic qualities has fully embraced the change, for better or worse.