Bermudez, who has also challenged for the WBA light flyweight world championship against Yesica Bopp (L 10), won the interim bout last March with a ten round decision over Mayerlin Rivas. Since winning the title, she’s successfully defend it twice (W 10 Judith Rodriguez, TKO 2 Olgo Julio), though her last bout was a non-title six rounder (W 6) with Anahi Salles. An active competitor, she’s fought five times each year since turning pro in 2010. 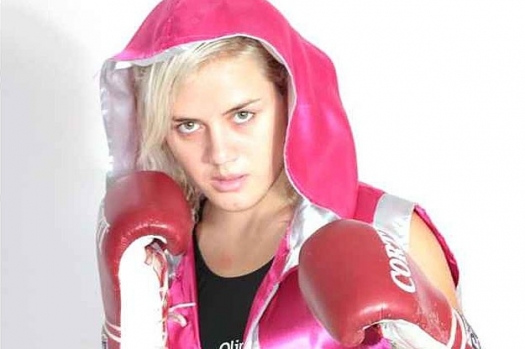 Alcantara is a former Argentina light flyweight titlist as well as a former Cordoba State flyweight champion. She has also faced Yesica Bopp, but in a non-title affair where she was stopped in eight rounds. This was her second bout of 2013, having won a four round decision over Alejandra Rios less than one month ago.

After a close first round, Bermudez took clear control of the bout after dropping Alcantar in the second round. The uppercut was working well for the champ, she landed the shot almost at will and had Alcantara staggered on numerous occasions. Though she was out classed, and even after hitting the canvas for a second time in the fifth round, Alcantara displayed a lot of heart as the fight wore on, and never once looked like she was going into survival mode. She landed her fair share of clean head shots on the champ, but lacking in power, couldn’t keep Bermudez away.

Bermudez ended the fight with an aggressive 10th round, fighting like the outcome of the fight depended on that round alone, and at the end scores of 100-88 and 99-89 (twice) awarded the bout to Daniela Bermudez. This marks Bermudez’s seventh consecutive win and Alcantara’s first loss in her last four bouts. TYC Sports unofficial scoring had the bout a shutout, 100-88 for Bermudez.