A score will be settled on Saturday night when Kell “Special K” Brook (29-0, 19 KOs) takes on Carson Jones (35-9-3, 25 KOs) at the Craven Park Stadium in Hull, Yorkshire, United Kingdom. Brook, the Yorkshire native, is looking to quiet the critics who felt he lost in his first fight with Jones, while Jones is looking to prove his performance in their first fight wasn’t a fluke and he belongs in the title picture. 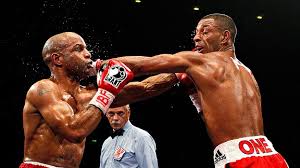 Brook and Jones’ first fight last July ended in mild controversy, as Brook dominated the early rounds with his superior boxing ability, only to fade down the stretch and narrowly survive in the final round. The scores of 114-114, 115-113, and 116-113 came in and left many observers calling foul as they felt Jones should have gotten the nod. Saturday night’s rematch will be fought at a catchweight of 150 pounds, with the three extra pounds swinging either way in terms of advantage. Will not having to shed weight benefit Brook, who has shown stamina issues in the past, or will it benefit the naturally larger and more experienced Carson Jones?

Kell Brook has not fought since last October when he stopped Hector David Saldivia in an “IBF Final Eliminator Bout”. Brook was to have taken his first shot at a world title, but injuries thrice stalled his scheduled fight with current IBF titleholder Devon Alexander. Brook worked his way to the title shot after a two-year tour holding the BBBofC welterweight title, followed up with another two-year stint holding various Intercontinental and International titles. Brook has defeated respectable, but not quite outstanding opposition in his career, with victories over Michael Jennings, Rafal Jackiewicz, Lovemore N’dou, and Matthew Hatton coming before his disputed win over Jones.

Jones turned pro in 2004 and fought most of his early career in various mid-west locales. Some of his early career losses came to Freddy Hernandez, Alfonso Gomez, Roberto Garcia, and Jesus Soto Karass. Jones holds wins over former Olympic Silver Medalist Ricardo Williams Jr. Since the loss to Brook, Jones has traveled back to the UK to score a draw with Dean Byrne before scoring a stoppage win over club fighter Travis Hartman in Oklahoma.

Brook is a skilled boxer who uses his legs to keep his opponents off balance and swinging at air. He’s at his best when he’s away from the ropes, where his lapses in head movement can be hidden by his fleet feet. Brook lacks any quality in-fighting skills and gets himself in trouble when his opponent is able to cut off the ring and trap his in corners and along the ropes. He can help his cause by throwing two or three punches when he sets and before taking off and covering his retreat with his jab.

Jones is at his best when in close quarters. He has a three-inch reach advantage over Brook, but he lacks the skill to win solely from the outside. As seen in their first fight, Jones has the ability to cut off the ring and rip Brook to the body, taking away his legs as the fight drags on. If Jones hopes to avoid losing the early rounds again, he should look to counter with a right hand over the top of Brook’s jab while on the outside. When Jones is able to work his way in close he should go to the body with abandon.

The catchweight leads one to believe that Brook was uncomfortable with making the 147-pound welterweight limit. The three extra pounds should help with his stamina, but conversely they should also put a few more drops in the tank of Carson Jones, who is the naturally bigger man and has fought several times at the 154-pound limit before. Look for Brook to look stellar early on, and while Jones should start slowly again, if he learned anything from their first fight he’ll have worked out some of the kinks in his game plan earlier. Coupled with what could be ring rust and coming back from injuries, this looks to be the night Carson Jones finally gets over the hump and beats a quality, prime opponent.