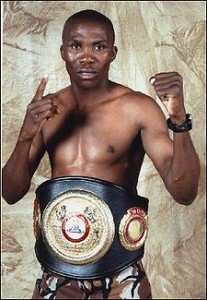 number of years. He last lost to Ricky Burns in 2012 but has won three bouts since, picking up the WBO International lightweight title along the way. His last bout was a fourth round stoppage over Mzonke Fana in March. Gonzalez hasn’t went 10 rounds since 2008. He’s coming off a pair of six round decision wins over Eduardo Milder.

Moscow, Russia – The Klitschko vs. Povetkin undercard
Two top cruiserweights face off in the main support bout for the heavyweight championship fight in Moscow, and two up and comers stay active in under cards action.

Mateusz Masternak (30-0, 22 KO’s) vs. Grigory Drozd (36-1, 25 KO’s)
Undefeated Masternak is making the first defense of the EBU cruiserweight belt. He also holds the WBC International silver belt and has held a few other minor titles on his way up. Drozd only loss came to Firat Arslan back in 2006. A win in this bout will earn him his second title belt, as he currently holds the WBA International cruiserweight title. He’s also held a number of regional title belts including the PABA, Asian-Pacific, and Asian Boxing Council belts.

Ruslan Chagaev (31-2-1, 20 KO’s) vs. Jovo Pudar (30-3, 17 KO’s)
No title at stake in this bout, but Chagaev holds the distinction of being beaten by both the participants in the main event; he lost a 12 round decision to Povetkin in 2011 and was stropped in nine rounds by Klitschko in 2009. Pudar’s on a good winning streak, he hasn’t lost since dropping a 10 round decision to Sam Peter back in 2004.

Rakhim Chakhkiev (16-1, 12 KO’s) vs. Giulian Ilie (20-6-2, 6 KO’s)
This is a rebound match for Chakhkiev, whose coming off a fight of the year candidate in his bid for the WBC world heavyweight title where he was stopped in eight rounds by Krzysztof Wlodarczyk in June. The former WBC Baltic cruiserweight title holder meets Ilie, a former IBF International cruiserweight champ. After losing his only two bouts in 2012, he came back to win two earlier this year.