Hello team and welcome to a fiercely contested edition of Nicaragua’s number one weekly source for all things boxing. This week we’re going to be diving head first into the shit storm that was Marcos Maidana versus Adrien Broner. We’ll take a look at what transpired and what the implications might be. We are going to relive some of our favorite quotes leading up to the big fight and perhaps we’ll conclude the proceedings with one of several tips, tricks or codes for the Nintendo Entertainment System or Sega Genesis. Pour yourself a cool glass of Zima, we are about to get the opposite of whatever ‘Jiggy with it’ is. With that being said, I gave you your instructions in the dressing room, what I say you must obey – Cuidate, escucha me, toca los manos y buena suerte…Let’s get it on!

It should now be clear that supreme talent must be augmented with dedication and respect for one’s craft. To succeed at the highest level requires a much deeper commitment than what 24 year-old Adrien Broner has shown it thus far. Broner’s idol, “Big Brother”, Floyd Mayweather doesn’t party. He doesn’t drink or even go out to celebrate big victories anymore.

“When Mayweather was Broner’s age he had already defeated hall of famer Genaro Hernandez, cult favorite Emanuel Augustus and was preparing to meet (and stop) the great Diego Corrales. The 23 year-old version of Floyd Mayweather was humble, hard working and very grateful” Detailed here are some of the things that I believe Broner can learn from to perhaps realign his career in the proper trajectory.

I’ve long asserted that Broner should find his own identity and stop mimicking all aspects of Floyd Mayweather’s persona. From his repeating identical, mindless mantras to wearing identical outfits to trying to use his style of fighting, Adrien Broner will hopefully realize that he is not Floyd Mayweather… and when you’re Adrien Broner, hopefully you can understand that this is not a bad thing at all.

There is absolutely no doubt that Adrien Broner is a top level boxer. The problem is that he’s not faced much top level opposition. Like Showtime boxing commentator and former world champion Paulie Malignaggi said after the match in an interview “This is boxing at a world class level. Broner had not been fighting that many world class fighters. When he did, he had trouble…tonight he was fully exposed.”

Referee Laurence Cole was the obvious choice of officiating in Texas (where the relationships between promoters and the commission are often blurred and incestuous) as his family is rooted deep within the framework. Often times in big fights, Cole will offer subtle friendly gestures to the house fighter and perhaps be overly officious to the challenger.

In an amazing 28 (!) instances since the fifth round, where he was warned twice for fouling, Broner continued to shove and/or drive his forearm into the mouth of Maidana to try and force separation, even hitting blatantly after the bell at the conclusion of the 11th, referee Laurence Cole didn’t even pretend to not see. In the final round, Adrien Broner was warned again by Cole for fouling whereas Marcos Maidana had the point deducted from him in the eighth frame for the alleged head butt, one instance of holding and hitting plus one revenge humping. After the 11th round, Cole forced Chino to visit the ringside doctor instead of sitting on his stool, missing out on the precious rest that is counted on between rounds.

Here are some of the more memorable quotes collected throughout fight week:

“On paper. On paper this is my toughest fight.” – Adrien Broner on the upcoming Marcos Maidana fight

“Of course I wasn’t surprised [that Maidana was able to hurt Broner], I know the power that Chino has, it could happen early, it could happen late. You know our plan was to be smart. I don’t want him to come in wild, but if the opportunity comes and it happens in the first round [then] that was the fight.” – Trainer Robert Garcia after the match

They both fought their hearts out. Adrien Broner is a warrior, he’s been doing this since he was a little kid …he’s going to learn or it’s going to break him …keep your head up and spend time with your family. Now you’re going to see who loves him, but he’ll be ok.” World champion Danny Garcia on Broner’s loss

“He’s one of my best students, he did everything we trained for. There was a few moments that, yeah  you have to get hit, too, and yeah those punches might be doing some damage. Chino told me after the fight that his whole face hurt, but he’s a warrior and has tremendous heart, tremendous chin, and a tremendous punch.” Robert Garcia on Maidana’s big win

“I think he’d be well advised to come back with someone a lot lower, someone not even ranked and come back, reestablish yourself, box good and then go after the champ. If he comes right after [Danny] Garcia right away I think that’s a big mistake.” Brian Kenny on Broner’s next moves.

Marcos Maidana and his fans aren’t the only winners from over the weekend. One of the biggest victors from Saturday night that few are mentioning is none other than General Santos City’s own Manny “Pac Man” Pacquiao!

After his brutal one punch knockout at the hands of his arch rival Juan Manuel Marquez last year, the online boxing community banded together to make his defeat into one of the most ‘memed’ instances of all time. 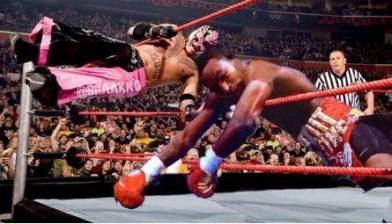 Now, with Adrien Broner’s colossal loss still fresh in everyone’s collective mouth, boxing fans have been feverishly pecking away at the photo-altering suites of their choice to create the ultimate meme to both commemorate and celebrate the occasion.

Showtime’s Barry Thompson brought up to Maidana after the win that he had said “He’s [Broner] never seen anyone like me.” The humble winner replied “The truth is, I haven’t ever been in with anyone like him and it was a great fight.” Thanks for joining us again this week. We’ll be back next time to discuss the innermost workings of the Shaolin Temple and why women shouldn’t be allowed to wear animal print. Until next time, santé.