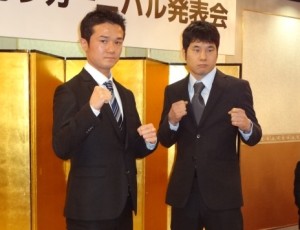 This will be the first chance at a title for Kimura, who suffered losses in 2008 and 2011, but has won his last three outings. This will also be his first 10 round match-up. Horikawa’s won two straight, and is also looking for his first title belt after having failed in five previous attempts and various regional championships in the minimum-weight and flyweight divisions.