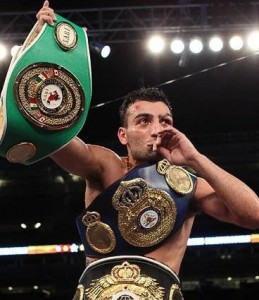 The Armenian talent formerly worked under Bob Arum’s Top Rank banner, but was never quite able to make that leap from talented contender to main stage star.

At times, it seemed as though Arum never quite got a handle on how to promoter the Glendale, California resident, who migrated to the United States with his family at the age of four. At other times, Martirosyan seemed buried in boxing politics, lost in a division jam-packed with bigger, more established names.

In his three most recent fights, a TKO 2 victory over journeyman Ryan Davis was sandwiched between a disappointing cut-abbreviated technical draw against Erislandy Lara and a split decision loss to Demetrius Andrade for the vacant WBO junior middleweight title.