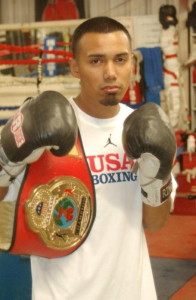 This fight, which will take place at the Pala Casino Spa, and Resort, in Pala, California, is an interesting contest, with both boxers having similarly entertaining, fan friendly styles, but also, contrasting careers. Suleymanov, who has been based in America throughout his career, has been a professional since 2006, and at the age of 33 years old, is the older fighter by 11 years.  Morales turned professional in 2011 and has made swift progress. Both fighters have fought a comparable standard of opposition, with Suleymanov holding the edge in the depth of his opposition. However, Suleymanov’s three defeats have all come when he has stepped in with world-class opponents, with him losing on points to Arturo Santos Reyes, Alberto Guevara, and Chris Avalos.

For Morales, this fight will be a test to see if he is ready to move onto the next level, and start to make his way into world class.  A victory for Suleymanov over the unbeaten Morales would also boost his career, to a higher level.

With his advantage of youth and an edge in power, Morales looks like a clear favourite to get the win against Suleymanov, but this looks like a good test for the young Californian, with the more seasoned Suleymanov sure to make things as tough as he can for his young opponent.