Irish boxing legend Kenny Egan is throwing his hat in the political ring. The Olympic silver medalist and 10 time Irish amateur title holder will be running for a seat at South Dublin County Council with Fine Gael, a center-right political party in the 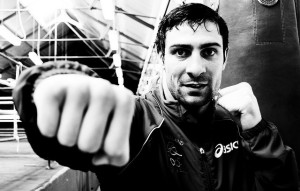 Republic of Ireland. The Clondalkin native will be hitting the campaign trail, seeking support and hearing about the issues that are of most concern to the voters.

Egan won a silver medal in the 2008 Beijing Olympics as a light heavyweight. The end result was highly disputed, as it appeared the judges failed to properly score several punches landed by Egan in the final frame that would have put him in the lead over Chinese boxer Xiaoping Zhang. He fought for four and half years after the Olympics, finally retiring from amateur competition in early 2013 and fighting once in a charity event last November, winning a four round contest over Musa Batantu in Uganda. Despite rumors and a Boxrec.com entry that has the bout listed as a professional contest, Egan himself had stated via his Twitter account that it was a white collar event for Nurture Africa.