If there was a ever a fighter who seemed to have some idea of what to do when–as it always does–Father Time caught up to him and would allow him to box no longer, it was Antonio “Magic Man” Tarver. 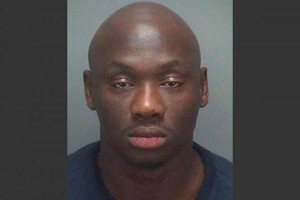 Achieving his greatest glory at light-heavyweight, with a KO win over the legendary Roy Jones Jr., Tarver, now 45, also went on to fight at cruiserweight and heavyweight.  But while he seemed to be playing out the string in those bouts, he also secured himself a gig outside of the ring as a boxing analyst on Showtime, the main cable rival to the other main boxing channel, HBO.

Tarver’s work as an analyst drew widespread praise, as the amiable boxer provided a refreshingly non-pretentious, non-partisan take on the sport informed by the wisdom of one who had been there and done that.

Still, Tarver couldn’t quite let go of the limelight inside the squared circle.  On June 2, 2012, Tarver decided to take on cruiserweight Lateef Kayode in a bout televised on Showtime.  It was a sloppy, chaotic affair, with Kayode verbally carrying on like a madman after the results of the bout (a split decision draw) were announced.  Given his performance, Tarver himself seemed like a man who should spend the rest of his time behind the microphone, rather than in the ring.

Then, on Friday, June 22, it was announced that Tarver has tested postive for drostanolone, an anabolic steroid, for the Kayode fight.

Tarver was scheduled to resume his analytic duties for the Showtime network on that Saturday’s Victor Ortiz versus Josesito Lopez fight broadcast, but was quickly dropped, with the panicked network issuing the following statement:

“We were made aware of the California State Athletic Commission’s report regarding Antonio Tarver’s positive drug test following his last fight on June 2 this afternoon. Out of respect for the fighters competing on Saturday night, Antonio and the network have mutually agreed that he will not serve as color analyst for the June 23rd boxing telecast.”

Tarver’s usual broadcast partners, Al Bernstein and Gus Johnson, didn’t even mention Tarver’s name during the entire evening, though the fighter was protesting his innocence and the results of his “B” sample were not yet known.  Apparently Showtime was taking a stand: no fighter associated with performance enhancing drugs in any way would be allowed near a Showtime broadcast.

However, Showtime’s morals re performance enhancing drugs didn’t last very long.  A mere few months later, on October 20, they went ahead and decided to present an Erik Morales versus Danny Garcia WBC light welterweight title fight headliner broadcast from the brand spankin’ new Barclays Center in Brooklyn, though Morales had apparently failed a number of tests for the banned substance clenbuterol before finally passing one, allowing him to fight.

The Garcia camp was livid, and one imagines Tarver was as well.  Tarver was yanked from his broadcast chair based at the time of the Ortiz-Lopez fight on the results of only the “A” test sample and was still protesting his innocence.  And he was only scheduled to analyze the fight from ringside when he was fired, not enter the ring as the headline fighter.  Morales actually got in the ring, and dirty tests or no, got pounded out anyway and lost by a vicious fourth round knockout.

Antonio Tarver, meanwhile, just kept spiraling downwards.  Just before he failed his drug test, he had joyfully announced on his Facebook page that he would be serving as the boxing analyst for NBC’s Summer Olympics coverage, but of course that job ended as soon as Tarver’s name became associated with PEDs, and the job went to cruiserweight contender B.J. Flores instead.

Meanwhile, Tarver served out his “suspension” from boxing (if not from the Showtime analyst’s booth) and finally got back in the ring last December, stopping 38-year-old heavyweight journeyman Mike Sheppard in 4 rounds.  But it doesn’t take a genius to figure out that Tarver at this point has about as much chance of becoming heavyweight champion as does the delusional James Toney, another 45-year-old former champion who has seen much better days.

So what, really, is the point — other than one more diminished payday?

The sad thing about Tarver is that unlike the slurring and usually angry Toney, the amiable, smooth talking veteran had himself a great-looking post-ring career going and shot himself in the foot–for what?  Another chance at boxing glory?  Another payday?

Tarver, his career now firmly headed in a southern direction, just seemingly can’t apply the brakes and turn things around.

So it should be no surprise, then, to find out that Tarver has spent the last couple of nights sitting in Florida prison cell, arrested for “passing bad checks.”  The AP reports that the former champion is being held on $215,425 bail from an agency (you can know more at Connecticut Bail Bonds Group), and was charged with “passing a worthless check” in Nevada, where he is locked in a dispute with a gambling establishment.

Tarver’s fall from grace has indeed been breathtaking.  Fans of the “Magic Man” can only hope he has a few tricks left up his sleeve and can resurrect himself one more time.