Ever since the Dempsey era in the 1950s, boxing has witnessed some of the most brilliant fights. Since the game of boxing depends on skill and willpower of the player, it is not a doubt that boxers add a lot of character to the fight. There has been a lot of bad blood within the opponent in boxing and that’s normal in any sport. It’s actually a way to give fans and pundits … END_OF_DOCUMENT_TOKEN_TO_BE_REPLACED

by Fox Doucette We've been hitting the oldest possible old-school of the television and film era quite a bit lately. Carmen Basilio, Marcel Cerdan, Tony Zale...fighters whose last fights were years before most of the readers were even born. Not tonight. We're going back no further than the end of the Seventies and even hitting a few fighters who were in action in this … END_OF_DOCUMENT_TOKEN_TO_BE_REPLACED 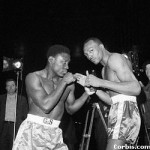 by Fox Doucette When last we had Bob Foster on the program, it was in witness of a unanimous decision over Roy Jones Jr. that depended on Foster controlling the range and the pace of the fight and putting on a masterful show of ring generalship that got him the nod when the scores were read. Tonight, we bring in another modern legend at 175 pounds, none other than Bernard … END_OF_DOCUMENT_TOKEN_TO_BE_REPLACED 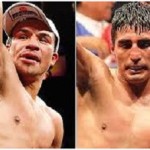 Mexico has produced so many great boxers that going through the names for the thousandth time wouldn’t do it justice. We know the great fighters, the big nights, the exploits, the stories. For years, Mexican boxers have earned respect from fans worldwide not just because of their talent, but also because of an exciting style that makes for very entertaining bouts. If there’s … END_OF_DOCUMENT_TOKEN_TO_BE_REPLACED 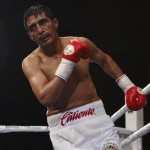 Last week, when Floyd Mayweather (45-0, 26 KOs) picked Marcos Maidana (35-3, 31 KOs) to be his next opponent; his protégé Adrien Broner (27-1, 22 KOs) was left without a match. “The Problem” planned on avenging his December loss to the Argentinian by exercising a rematch clause that at first apparently didn’t exist, but later magically appeared. Assuming that Broner’s … END_OF_DOCUMENT_TOKEN_TO_BE_REPLACED