First off, a retro fight. Raúl Macías was the first absolute Mexican superstar and one of the most gifted Latinos to practice the sweet science. Toluco López, on the other hand, was a national icon that didn’t earn his rightful place internationally for having never won a world championship.
Little known anecdote: these two did actually fight as amateurs. They disputed the chance to represent Mexico at the 1952 Olympic Games. Ratón won and went to Helsinki.

Macías was an unprecedented media phenomenon, while López was more of a people’s champ. Because of their popularity, both fighters meant a huge paycheck. So why didn’t the fight take place? Their management teams did not get to an agreement and that was it. They called each other out for years, amidst accusations of ducking. As with many great old-school boxers, the public outcry of the time has since been forgotten. 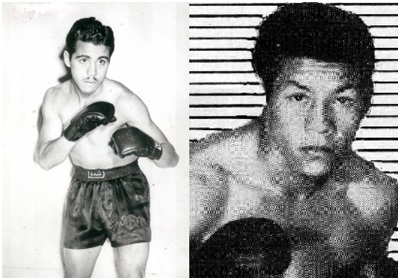 Prev3 of 7Next
Use your ← → (arrow) keys to browse
Patricio Garza