Two of the greatest light-division boxers of all time, they never crossed paths. López was the undefeated world champion who fought in minimumweight for most of his career, while González dominated the light flyweight division. By the time Finito jumped to that division to claim the world title, González had retired.

The weight difference was small enough to make the fight possible in say, 1993. López had shown a lot of interest in fighting González, but was turned down because he was not a big draw in terms of sales. So Gonzalez’s management wasn’t interested in what they considered a low-income, high-risk fight.

Don’t get me wrong, González was a great champion and I doubt he ducked López out of fear. It just wasn’t convenient for him or his team.
Both men have been inducted into the International Boxing Hall of Fame. 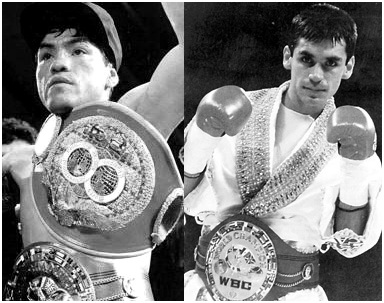 Prev4 of 7Next
Use your ← → (arrow) keys to browse
Patricio Garza