Talk about a dream fight. This would have been one for the ages, no doubt. Speculation is inevitable when talking about the late Salvador Sánchez. The young star beat Hall of Famers like Danny López, Wilfredo Gómez and Azumah Nelson by the time he was 23.

The best Mexican boxer of all time against one that many assure would have become even better. But it didn’t happen. Sánchez died in a tragic car accident in 1982. This would have been one of the greatest matches ever. It’s hard to predict a winner, and even though most people say Sánchez would have won, I want to give The Great Mexican Champion the benefit of the doubt. 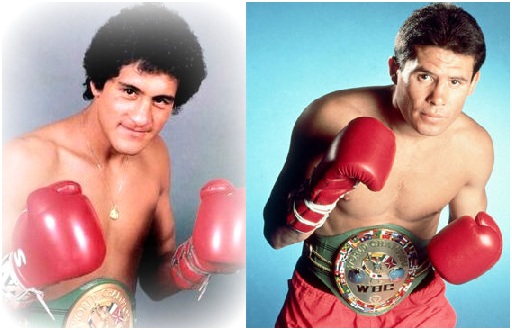 Know of another matchup? Should one of these have been ranked higher on the list? Who do you think would have won? Let us know, these fights make for great boxing discussions.

Prev7 of 7Next
Use your ← → (arrow) keys to browse
Patricio Garza