Four fighters made their mark in the first decade of the twenty-first century: Mexicans Erik Morales, Marco Antonio Barrera and Juan Manuel Márquez, along with Filipino legend Manny Pacquiao. Out of these great four boxers, Morales and Barrera had the aforementioned trilogy. Pacquiao and Márquez fought four times. Morales had another trilogy with Pacquiao, who also fought Barrera twice. And in 2007 Márquez fought Barrera.

You’d think things came full circle in this total of thirteen fights, but there is one matchup missing. One, unfortunately, that will forever leave a question. Morales said it best: it’s as if Márquez fought in a different era than Barrera and him.

I think the outcome of this fight would depend on when it happened. Had it been on the time they were meeting Pacquiao (2004-2005, that is), Morales would have been too much for the late-bloomer, Márquez. There was serious talk of this fight in 2011;it was even confirmed by certain media, but again, nothing. In that case, a way-past-his-prime Morales would have been destroyed by Márquez. 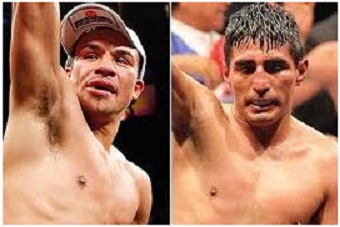 Prev6 of 7Next
Use your ← → (arrow) keys to browse
Patricio Garza