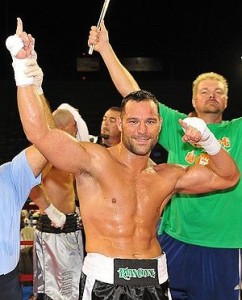 Don George (24-4-2, 21 KO’s) vs. TBA
George has had a rough couple of years, going from an undefeated prospect to racking up a 4-4-1 record since stepping up his opposition level in 2010. His last bout in June saw him stopped in six rounds by Caleb Truax; he comes back Friday to face the dreaded opponent “TBA”.

3/8 – Jorge Arce (62-7-2, 47 KO’s) vs. Aldimar Silva Santos (19-7, 10 KO’s) – Sonora, Mexico
Now campaigning as a featherweight, the former multi-division world champion has his sights set on another world title. Arce has only fought once since being knocked out in three rounds by Nonito Donaire in 2012, stopping Jose Carmona in eight rounds just four months ago. Santos is no spoiler, having lost four of his last five bouts, and should prove to be the standard “stay busy” opponent.

3/8 – Kevin Satchell (11-0, 2 KO’s) vs. Isaac Quaye (25-4-1, 16 KO’s) – Liverpool, U.K.
Undefeated flyweight prospect Mitchell put his Commonwealth (British Empire) flyweight title up against a challenger who’s undefeated in his last 15 outings. This is Satchell’s third defense of this title; he also holds the BBBofC British flyweight strap which isn’t on the line. Quaye’s fought once outside Ghana, resulting in a 12 round loss to Don Broadhurst in 2008.