Former world lightweight champion Michael “The Great” Katsidis (29-6, 24 KO’s) had a successful return to the ring last night, scoring his 24th career knockout over Eddy Comaro (27-18-5, 11 KO’s) in three rounds in Queensland, Australia. The bout was 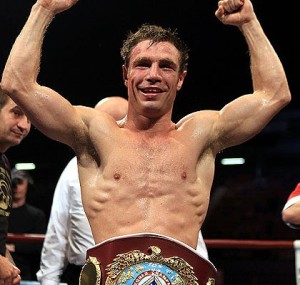 hardly a chore for Katsidis, who overwhelmed his opponent from the opening bell, scoring knock downs in the second round, and again in the third round, prompting the end of the contest. Other than complaining about being hit behind the head, Comaro put up little resistance.

The bout was the first in nearly two years for the former champion, and his first win since defeating Michael Lozada in 2011. It was the third straight loss for Comaro.