The Gilroy, California southpaw is the latest fighter on an ever-growing list of Haymon-directed fighters. In recent days, Chad Dawson, Lamont and Anthony Peterson, Rances Barthelemy, and Puerto Rican prospect 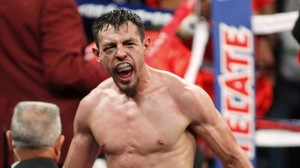 Prichard Colon have been brought into the fold by the behind-the-scenes boxing power broker, who already controls the careers of stars such as Floyd Mayweather, Deontay Wilder, Adonis Stevenson, and so many more.

“Signing with Al Haymon was a team decision and together we feel with no doubts that this was the best move for my career,” Guerrero recently said via press release. “Team Guerrero and Team Al Haymon are united as one and together we are going straight to the top. Al has proven to be the most successful adviser in boxing, getting his fighters the biggest fights, and I’m thrilled to be working with him and his team. I’m hungry and I’m ready to get back in the ring. My goals are still the same and that’s to be the best fighter I can be and give the fans great performances.

Guerrero, who was reportedly looking to split from promoter Golden Boy after turning down several deals offered to him, seems content on staying put for the time being, at least until seeing what may come his way under Haymon’s supervision.

Guerrero was last in action back in May of 2013, when he was thoroughly shutout by Floyd Mayweather over twelve rounds en route to a one-sided unanimous decision loss.