I wish I could have seen more, but that guy (Briggs) is going to destroy anybody you put in front of him—Promoter Zach Walters

Another piece of rubbish in the Briggs build-up. One “punch” to the body and the obese Mexican folded after just 20 seconds…Even Deontay Wilder never dug this deep to find a victim. – Eric Armit

Every serious boxing fan has his or her current “worst Boxer.” Up until last week, mine was Sonora super featherweight Eduardo “Lalo” Gutierrez who has an abysmal non-macho record of 3-65-1 with 49 defeats—yes 49—coming by way of stoppage. He has been nothing more than a confidence building KO notch on an opponent’s belt. Slovakian Stefan Stanko whose 6-64-1 record includes 56 KO losses was a close second. 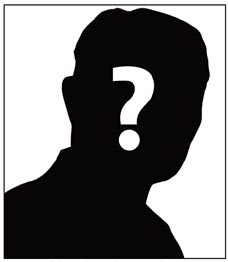 Others in the unholy mix include South African native Bheki Moyo (aka “Becks Tiger”) who sports a current record of 0-65-2 while fighting out of London, though Hungarian Gabor “Rocco” Balogh at 3-113-5 and the aptly named “Mr. Reliable,” Kristian Laight (9-173-1) from Warwickshire, UK are solid candidates as is Sussex’s “Rockin” Robin Deakin at 1-51. Slovakian Anton Glofak at 2-80-8 warrants monitoring as well. However, unlike Stanko and Lalo, most of these men know how to protect themselves and are rarely stopped.

But now, after watching Shannon “The Cannon” Briggs dispatch a 286 pound slab of fat by the name of Francesco” Taz” Mireles in 27 seconds at the Black Bear Casino in Carleton, Minnesota with some kind of mysterious left slap to Mireles’s flabby stomach, my opinion has been altered—but not the in the way you might at first suspect.

Let’s look at Taz’s “effort” against Briggs to ensure we are on the proper footing: http://www.wdio.com/article/stories/s3405872.shtml

It was Briggs’ second victory in eight days, as he defeated the equally pitiful Maurenzo Smith on April 11th in Tampa, Florida by first-round KO. In fact, 33 of The Cannon’s 53 wins have come in the first round, many in a matter of seconds and as a result of the first punch he landed. The Mireles KO was the rule, not the exception.

A review of Taz’s record reveals he has never beaten an opponent with a winning record and each of his nine defeats has come within the allotted limit. His first opponent back in 2006 was one Felipe “Anaconda” Rocha (0-8 at the time) whom he bested over ten rounds in Sonora. In June 2010 he again decisioned Rocha (then 0-17) in Chihuahua. Finally, he stopped fooling around with the hapless Anaconda and waxed him in six in June 2013 thus winning the lackluster trilogy at 3-0. The 40-year-old Rocha is now 0-20 with 12 losses (including his first 7) coming by way of KO.

Given the above, I hereby declare Felipe Rocha the worst boxer in the world—that is, until he beats someone.

Ted Sares is a private investor who enjoys writing about boxing. He also is a member of the Ring 4 International Boxing Hall of Fame and a member of Ring 10. A member of both the RAW and the Elite Powerlifting Federations, Ted is one of the oldest active competitors in the world and holds several U.S. records.