Well, folks, it’s been real, but Boxing Tribune Editor-in-Chief Paul Magno has returned from his hiatus and will return to his post at the Monday Rant next week. Thanks to Paul for allowing me to pilot the ship (and not have to come up with a clever column title every week), and thanks to the readers for not calling for my head in his absence. 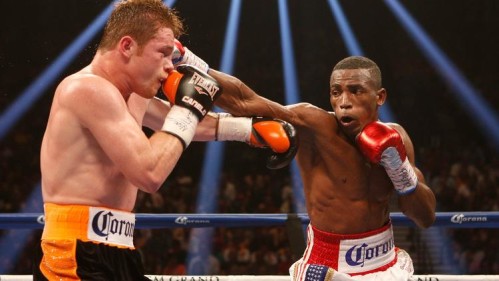 Boxing, as a sport, can be a cruel mistress. To those who destroy their bodies and brains to live it, to the businessmen and women stuffed into tailored suits behind the scenes, looking to fuck the other guy stuffed into a suit before he or she can fuck him or her first. A fighter can give his or her entire life in service of the sport he or she loves and never receive so much as a kiss for his or her troubles, while the suit who doesn’t cover all of his bases will find himself broke, irrelevant, and lost in obscurity.

Every time a fighter steps through the ropes he’s putting on a display of his or her life’s art. Giving legs to those displays is the media, made up of mostly middle class white suburban males looking to climb the ladder of their peers and get a bigger slice of the pie for himself, cloaked in a thinly veiled charade that they actually give a dollop of hair gel about the prosperity of those on display for their enjoyment. To many in the media, growing their Twitter following and setting up secret fantasy rankings societies is the fuel to their fire.

When a fighter is a hot commodity and has the full backing of his promoter, he can be certain he’ll have the backing of most of the media, who bend to the will of those whose ad revenue lines their pockets. A couple weeks ago we saw Chris Algieri, complete with heartwarming backstory, matinee idol looks, and Great-White-Hope-marketability backpedal and flail his way to an unearned victory over Ruslan Provodnikov. Like Algieri, Provodnikov was pushed upon the public with a nice backstory; the hard-luck, blue collar brawler with a kind heart and savage nature hidden beneath a large smile and fun-loving demeanor. But unlike Algieri, who would be beholden to Top Rank Promotions for future fights, Provodnikov’s allegiance to Top Rank was reportedly about to run out, and it was Algieri – not Provodnikov – whose services were required as fresh foil to Manny Pacquiao in the fall.

And less than 48 hours after his win over Provodnikov, the media was sitting cross-legged in a circle, whistling a tune and banging on their bongos in support of Pacquiao-Algieri. Ruslan Provodnikov and his 2013 rise to stardom, were cast aside, used and abused.

Junior middleweight bogeyman Erislandy Lara learned another harsh lesson in the business of boxing last Saturday night. The southpaw from Guantanamo, Cuba, long regarded as one of the most avoided junior middleweights, finally coaxed Saul “Canelo” Alvarez into the ring. Lara has a habit of fighting down to his level of opposition, as seen in his fights with Carlos Molina and Vanes Martirosyan, but possesses and awkward style and physical gifts that (on paper) will give most fighters fits. He doesn’t fight in the most crowd-pleasing style, but he gets the job done in the way he knows how.

Like Algieri before him, Lara’s backstory is one that warms the heart, maybe even down to the cockles of the heart, maybe even down to the outlying arteries. Lara defected from Cuba not once, but twice, after being caught and returned to Cuba by Brazilian authorities in 2007. Since his successful defection from Cuba, Lara has fought to get to where he is, and without the rabid built-in fan base often enjoyed by other Latin fighters, Lara’s go at stardom has not been easy.

Saturday night, Lara went up against Canelo Alvarez, a Mexican fighter with a huge fan base, winning smile, red hair and freckles, and the full backing of the powers that be. Lara has been in position to challenge Alvarez before, and he was side-stepped because he wasn’t needed. Canelo had plenty of other viable options, one of which included eventual opponent for Floyd Mayweather Jr., and the calls to step up his level of opposition hadn’t yet reached a fever pitch.

When Lara finally stepped into the ring like Algieri before him, he backpedaled and threw out his jab in the face of a plodding pursuer. But unlike Algieri, Lara was never hurt and didn’t spend a majority of the night absorbing massive blows and looking desperately for something to hold on to. And unlike Algieri, Lara didn’t get the decision many thought he deserved (For the record, this writer scored the fight a draw). The two scores of 115-113, one for Alvarez and one for Lara, paint an accurate picture of the fight. The 117-111 score should raise some eyebrows, but it won’t do much more than provide a couple days’ worth of online content. And while Lara will retain the somewhat meaningless WBA trinket he holds, he takes a step back while Alvarez moves on to another big money fight in November.

Lara was finally needed. And then he wasn’t. Erislandy Lara likely won’t end up homeless and sipping slop from a paper bowl in a soup kitchen any time soon; he got a seven-figure payday for his fight with Alvarez and will be just fine for a long time. Like Ruslan Provodnikov before him, he’d served his purpose; to provide a stepping stone to a guy higher on the priority pyramid and give up a portion of his purse to a promoter not fully on board, and once that was done he was cast aside for the more marketable man. Yes, boxing is a cruel mistress, indeed. And when she needs you, you’re somebody. When she doesn’t, you’re nobody.