“…On Saturday night, New York will continue its tradition as a great fight town “We will play our proper role. We will make sure that the fighters will be treated fairly. We will put competent and qualified judges in place so that the fighter who wins the fight in the ring has his hands raised at the end of the fight.”—  David Berlin, the new head of the oldest boxing commission in the world.

I got work to do—The Isley Brothers

Governor Cuomo recently announced the appointment of David Berlin as Executive Director of the New York State Athletic Commission. He assumed the role amongst much fanfare on May 1,

“I’d like to welcome David Berlin, a boxing person through and through, to the New York State Athletic Commission family,” said NYSAC Chairwoman Melvina Lathan. “We are excited to have him on board as he will be a great leader and an asset in our continuing efforts to improve operations and make New York a marquee state for the sport of boxing.” 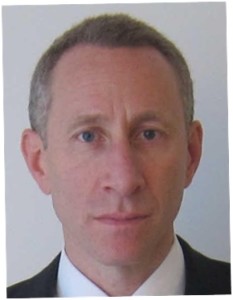 “Boxing is a tough sport and difficult business – it is also a magnificent and life-redeeming craft and vocation when properly administered,” said Teddy Atlas…. “David Berlin’s appointment …means fighters and the sport will be served and cared for in the best possible way.”

Berlin, a lawyer, has represented boxers, trainers, managers and promoters. His clients have included commentator and trainer Teddy Atlas, matchmaker Don Elbaum, manager Egis Klimas, writer Tom Hauser, former world champions Michael Moorer, Iran Barkley, Saoul Mamby, Juan LaPorte and Aaron Davis. He has also authored boxing-related pieces for various outlets on the legal issues surrounding the sport of boxing. Additionally, since 2004, he has served as Counsel and Member of the Board of Directors for the much-acclaimed Dr. Theodore A. Atlas Foundation, a not-for-profit founded by commentator and trainer Teddy Atlas.
To his credit, Berlin gave up his private practice of 15 years to take the job and is charged with running the day-to-day operations of the commission One of his first goals is to restore the public’s trust in a commission that took a deep hit after the Mago Abdusalamov tragedy in November.

The Honeymoon is over

But enough for the accolades; the honeymoon is over.

First off, appointing New Jersey resident and seemingly unassailable Steve Smoger to conduct a seminar for other New York area referees in September seems disingenuous given Smoger’s longstanding and controversial practice of allowing fights to continue too long. In this regard, his latest was the Ola Afolabi vs. Anthony Caputo Smith on July 26, 2014 in which the now aging, overweight, physically weak, and slow SS allowed the overly-game Smith to take way too much punishment and bloodletting. The announcers roundly criticized Smoger for allowing Smith to be used as an uppercut bag, but finally the doctors advised the overly tolerant Smoger to stop the butchering. As is his wont, Smoger prefers to have the doctor’s make the call in such situations. See: http://www.youtube.com/watch?v=pfsig9KvLYo

Second, this was on the same card in which referee Harvey Dock took away a point in the last round enabling Bryant Jennings to beat Mike Perez. As HBO’s Harold Lederman said, this was an “atrocious” call. A referee inserting himself into the outcome of a close and important fight in the last round is something that simply should not be done, especially if the so-called foul is a questionable one. That one came up smelling less than roses.

Dock also failed to warn Ruslan Provodnikov after he blatantly hit Chris Algieri while Chris was down after the second knockdown, See: https://www.youtube.com/watch?v=dVU-c7qh_sw

Speaking of New Jersey resident Dock, it seems many non-New York referees (even including Michael Griffin from Canada) are getting plenty of assignments in New York on a continuous basis. This was the troubling modus operandi of Melvina Lathan, but hopefully will be discontinued after the newly appointed Executive Director learns more about the referees, ring inspectors, and other officials and study films of them working before using the same ones over and over.

Third, the fact that the first round of the Gennady Golovkin vs. Daniel Geale fight went an embarrassingly four minutes only added to the amateurish aura of that evening, but when Geale tripped over the gear of a careless and clueless cameramen, this was no laughing matter as it could have had serious ramifications had Geale been injured.

If Berlin has not yet suspended the time keeper and the witless cameraman, he should. And while he is at it, maybe he will reconsider the highly questionable need for Steve Smoger to conduct a seminar for New York referees. After all, this isn’t Panama, St, Martin or Aruba where Steve also conducts seminars and where a need might exist.

Finally, the family of brain-damaged Russian heavyweight boxer Magomed Abdusalamov has filed a lawsuit against multiple parties — including five New York State Athletic Commission doctors — alleging recklessness, gross negligence and medical malpractice. This, of course, did not occur on Berlin’s watch, but he will now have to include it in his goal to restore the public’s trust in the NYSAC. Ironically, one of David’s former clients, Thomas Hauser, has written a lengthy and highly critical report on that tragedy. See: http://www.boxingscene.com/magomed-abdusalamov-dark-side-boxing—71949

Yes, David Berlin has work to do and I don’t envy him that task, but then how difficult can it be to do a better job than Melvina Lathan?