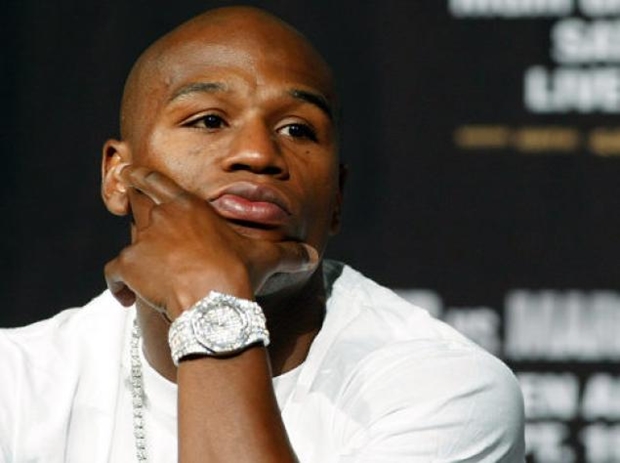 Websites wouldn’t fall all over themselves to chronicle his every move and utterance if there was no pay-off.

“Money” Mayweather brings in the traffic, which directly results in money for the website willing to host the Mayweather content. And while the occasional highbrow snob will roll his eyes at the “Mayweather Factor” and insist on not pandering to the public demand, it’s a safe bet that this person is either not making a living in the industry or that someone else at his site is pumping out the Mayweather material that allows for the snob to be above it all.

So, that explains why the websites scramble to explore all things Mayweather. But why does the American boxing public in general care so much about Floyd Mayweather? Why the immense wave of interest?

Yes, he’s a great boxer and, arguably, the best of this era. But he’s not an exceptionally compelling fighter in the ring and certainly doesn’t provide much in the area of Gatti-like raw excitement. Style-wise, he’s a darling of the purist, but typically the type of boxer who would be booed out of an arena if he wasn’t MAYWEATHER.

As a person, he’s a bit of a dullard. He’s not especially insightful or interesting to hear. Even as a public speaker, there’s not much there that would suggest that he was a cash cow superstar and one of the world’s biggest sport’s stars.

And, of course, everyone is aware of Mayweather’s dubious reputation as a human being away from the ring and the stories of abuse against women and the troubling faux-monarchy he has created within his self-contained sphere of influence.

But, since the public got a glimpse of him and his lifestyle on the groundbreaking initial HBO 24/7 series prior to his bout with Oscar De la Hoya in 2007, a fixation has developed.

Reviled and adored, Mayweather seems to represent something greater than him. Like Mike Tyson before him, he’s equal parts twisted hero and unfortunate villain, sparking a visceral interest that goes beyond the public’s ability to describe or define it.

Coming from humble beginnings and oppressive familial strife, he’s the embodiment of the American dream achieved through “hard work, dedication.” He is both unbelievably wealthy and professionally impeccable because of his insatiable work ethic and single-minded drive to achieve greatness. There is no story more American than that of poor guy made rich. But he also represents the flip side of the American dream, where one’s worth is defined by their wealth and where wretched excess is a bragging point.

Playing the role perfectly of the anti-hero archetype America has come to embrace, Mayweather is both a bad guy looking good and a good guy looking bad. He speaks to a culture that is more and more being forced to “take sides” and reject the notions of commonality and a shared core base of ethics.

He’s the bad guy thumbing his nose at authority which, to many, makes him a good guy. He’s the type of guy who responds to a widely-circulated  exposé on his misogyny by releasing a video of him being bathed by a bikini girl. He responds to those doubting his literacy by saying that if he could get rich reading, he’d be the best reader in the world. It’s this ball-busting gall, something inherently adored and reviled in equal parts by the American psyche,  that adds to his mystique.

Mayweather seems to exist entirely as a byproduct of both America’s very best instincts as well as its most despicable urges. Love him, hate him, or love to hate him, we care about Mayweather because “Money” is as American as apple pie and The Knockout Game.

For better and worse, Floyd Mayweather is America. And America can’t seem to take its eyes off itself.