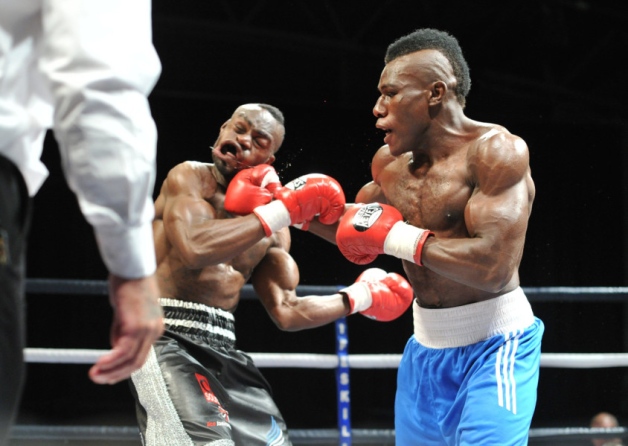 In a rematch of their May contest, also won by Ambomo, Wilson was knocked down in the second frame and dropped hard in the sixth. Ambomo’s trainer, Glyn Rhodes was the first man in the ring and placed Wilson in the recovery position. He was given oxygen by paramedics and taken to the hospital via ambulance.

Following the knockdown, Ambomo knelt down and kissed Wilson’s forehead in an act of theatrics, not realizing the extent of Wilson’s condition. He later apologized and stated that he respected Wilson.

Local light middleweight Dave Fidler (8-1-2, 4 KO’s) has initiated fund raising, and will be looking to work with promoter Dave Coldwell and former EBU light middleweight champion Ryan Rhodes to get the job done. There has also been talk of bucket collections, starting with a Frank Warren show at Bethnal Green this weekend.

The 29 year old Wilson is, as described on his Twitter page, “Professional Boxer, Daddy to one beautiful lil baby girl, Sports/Fitness Coach, helping people realize their potential & reach their goals.” He is currently being cared for at the Royal Hallamshire Hospital in Sheffield.