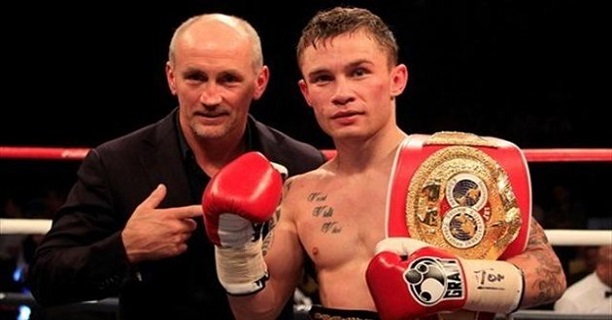 The plan is to set up the initial matchup in the U.K. for the winter, followed by a summer rematch to take place in Belfast, Frampton’s home ground. With Frampton’s team not so eager to agree to an even purse split, which Quigg wants, Hearn feels the issue can be remedied by scheduling two bouts right from the start, feeling the rematch would be a bigger draw than the first.

“I believe the answer is two fights,” he told Irish-boxing.com. “Let them earn the money twice. We’ll do it over here, in the winter or spring and then outdoors in Belfast in the summer. Let them make a fortune twice, it’s such a good fight I don’t think any would mind seeing it twice”.

Quigg is eager to face Frampton, but he’s adamant on getting an even share. Cyclone Promotions though, feel Frampton is the “legitimate” belt holder and the bigger draw, and therefore deserves a bigger share of the earnings.