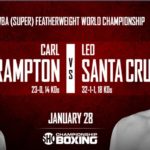 Though it may not have been as epic as their vicious fight last year, Leo Santa Cruz managed to avenge his first career defeat to Carl Frampton and regained his Featherweight titles lost in another excellent fight between the world's best Featherweights. From the very beginning, Santa Cruz came out working behind his jab and successfully utilizing his reach all while mixing … END_OF_DOCUMENT_TOKEN_TO_BE_REPLACED 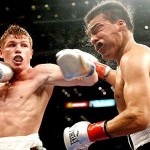 Saul “Canelo” Alvarez is boxing’s biggest star; it’s not a matter of opinion as it is a matter of fact. Last year, Canelo’s two pay-per-view appearances outsold the other three cards here in the US by a comfortable margin, and both were labeled as prohibitive mismatches going in. He constantly remains a focal point of both fans and the media with every move he makes is … END_OF_DOCUMENT_TOKEN_TO_BE_REPLACED 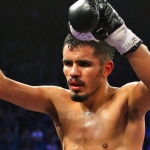 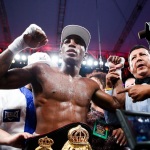 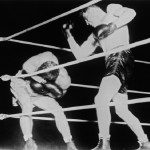 Frankie Campbell (33-4-2, 26 KO’s) Born: 1904, Died: 8-25-1930 This is one of the most horrific deaths in the sport.  Campbell died after having his brain separated from the connective tissue inside the skull, a result of punishment sustained in a fifth round TKO loss to Max Baer.  The injury is said to have occurred as early as the second round, when Campbell stated to his … END_OF_DOCUMENT_TOKEN_TO_BE_REPLACED