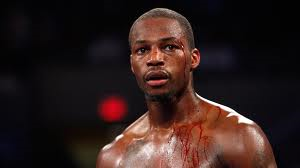 Showtime’s Saturday night “Special Edition” tripleheader will be headlined by an inconsequential light heavyweight showcase featuring Chad Dawson (32-3, 18 KOs) and Tommy Karpency (23-4-1, 14 KOs) – a fight more suitable for Friday Night Fights than a premium cable headliner. Dawson has looked less than stellar lately and is nearly a decade removed from a career-defining performance against then-WBC light heavyweight champion Tomasz Adamek, while Karpency has zero career wins over notable opposition, and is 1-2 in his last 3 outings.

The fights are set to start at 9 PM ET/6 PM PT at the Foxwoods Resort in Mashantucket, Connecticut.

Dawson is a boxer who takes few risks, often choosing to keep his left hand in its holster while he circles the ring behind his jab. Early in his career he was more willing to let his hands go, but following soft-touch title defenses against Jesus Ruiz and Epifanio Mendoza, Dawson regressed into his current form, but still managed wins over Glen Johnson and Antonio Tarver (twice each). Dawson is still in the rebuilding phase of his career following two straight stoppage losses to Andre Ward and Adonis Stevenson, and is looking for his second straight win over light heavyweight journeymen.

Karpency’s chances lie almost entirely in the hope of landing a fluke punch and putting Dawson’s lights out, or coming across the bad Chad Dawson. Karpency is a fighter that will show up and put forth an effort, even when hopelessly outclassed.

Stylistically this fight should produce few fireworks. While Karpency will figure to put forth a decent effort, he has little to offer in terms of being able to outbox or overpower Dawson. Dawson figures to do little more than circle and move around the ring while pumping his jab in Karpency’s face. The only unknown factor in this fight that could work in Karpency’s favor is Dawson’s mental state. Dawson showed up almost 4 pounds overweight for his last fight; a catchweight fight set 4 pounds higher than the light heavyweight limit of 175 pounds. Take into account Dawson’s recent struggles and setbacks, and we may be looking at a fighter with one foot out the door and his head in the clouds.

Dawson is the fighter with a sizable edge in speed and technique. He’s held the light heavyweight title on two separate occasions, and turned back stern challenges from Glen Johnson and Antonio Tarver, regardless of how ugly those wins were. It is Chad Dawson who should have little-to-no-trouble in notching another win on Saturday night and getting one step closer to a shot at another title. But as we’ve seen, Dawson is perfectly capable of sleepwalking through a fight and doing just enough to win. And with influential manager-advisor Al Haymon in his corner it’s only a matter of time before he’s back in line for a world title.