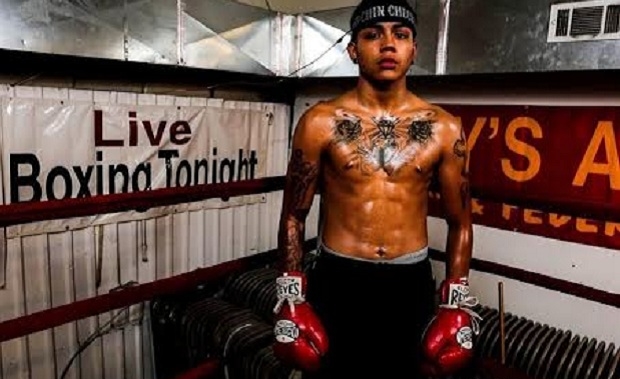 With start-up promotion New Generation in his corner, Estrella is excited, “I really appreciate everything they’re doing for me. I’m taking full advantage of the opportunity.” Also, he notices they’re effort to support local talent, “It’s great, what they’re doing. There is a lot of talent in Colorado and they’re giving them the opportunity to showcase their talent.”

On Nov. 1st, Estrella will face Ian Connelly of Nebraska, “No film, nothing. I don’t care, I put the work in the gym so my opponents have to worry about what I bring to ring.”

If 2015 goes as planned and Estrella gets his 8-10 fights, he has title aspirations in 2016. “With Peyton Manning and the Broncos aiming for a Super Bowl, I want to bring a title home just in case they don’t.”

Donovan Estrella is 5-0, competing in the 130lb division.

New Generation Promotions Presents, The Takeover. Tickets are on sale now and can be obtained by calling Team Lopez at Strictly Boxing, 303-659-0192. Tickets range in price from $25 to $45 with ringside selling at $60. The card will take place on Saturday November 1st at the Crowne Plaza Hotel, located at 15500 East 40th Avenue, Denver, Colorado, 80239.