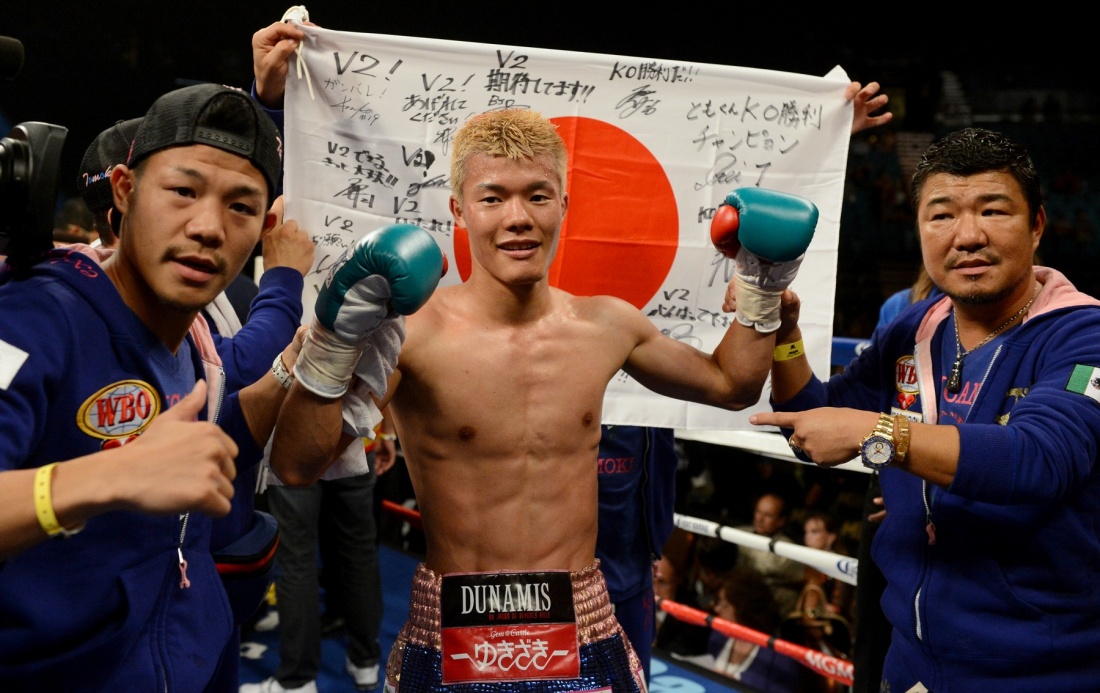 Kameda is the youngest of the famed and controversial Kameda brothers, already established as huge stars in their native Japan. After Kameda’s recent pairing with uber advisor Al Haymon, the plan to establish him on U.S. soil is in its sophomore efforts.

Hernandez is a twelve year veteran who has shared the ring with solid opposition from flyweight to bantamweight. Unfortunately, most of those fights have ended in losses for the hard luck pug from Mexico City. Some of the former, future, and current world champions with wins over Hernandez include Carlos Tamara, Omar Narvaez, Leo Santa Cruz, and Akifumi Shimoda. In his last fight, Hernandez scored a unanimous decision win over Daniel Rosas. For his efforts, Hernandez was awarded the WBO’s Interim bantamweight belt.

Kameda has a five year age advantage, as well as advantages in speed and fluidity of his combination punching. Kameda makes efficient use of the ring and works well from behind his jab. He also puts his punches together when he comes forward. Hernandez is the more busy of the two, but he often wastes his punches. When in close range, Hernandez displays good timing on his counter shots.

Kameda will find the most success when he fights from the outside and uses as many angles as possible. Hernandez will come forward and loop his punches, and when he’s not throwing he has a habit of holding his hands near his ears and leaning forward, leaving him wide open for uppercuts from Kameda. The left hook to the head behind the uppercut, in addition to a stiff jab, will be key weapons for Kameda, who has to look good against his WBO-sanctioned sacrifice.

Look for Kameda to completely outclass Hernandez and end the fight in seven. Kameda is young and lacks the experienced of Hernandez, but he’s shown steady improvement over the last couple years. Kameda has made easy work of a solid opposition, and Saturday night should be no different.