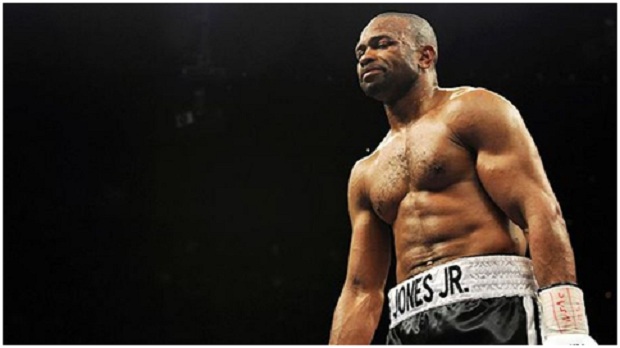 “Through much of the 90’s and early 2000’s, he dismantled opponents so thoroughly that it was hard to find even a single round to score against him. He was that good.”–Jerry Steinberg

“…in the ring, [a prime] Roy Jones is a unique talent who deserves comparison with boxing’s immortals”— Thomas Hauser (SecondsOut)

After being robbed of a Gold medal in plain sight at the 1986 Olympics in Seoul, South Korea, Jones turned professional and went on to win an astonishing number of world titles in the middleweight, super middleweight, light heavyweight and even heavyweight divisions. Reviews of the talented star’s career are unanimous in acknowledging his greatness.

Jones left his indelible mark on history when on March 1, 2003 he easily won the WBA Heavyweight title against John Ruiz becoming the first former middleweight champion to win a heavyweight title in 106 years. He was named “Fighter of the Decade” for the 1990s by the Boxing Writers Association of America and received additional awards too numerous to cite here.

Suffice it to say that over the years, he has won:

A seldom acknowledged fact is that he has fought an opponent who has been a world champion at one time or another on 27 different occasions. And ten of his top- tier foes– like Calzaghe, Montell Griffin, Anthony Hanshaw, and Julio Cesar Gonzalez– came in undefeated. Mike MaCallum, Tito Trinidad, Virgil Hill, and Calzaghe are in the IBHOF. James Toney and Bernard Hopkins will get in. Vinny Pazienza, Antonio Tarver and Glen Johnson might get in. Roy fought them all. In short, Combining lightning fast hand speed, incredible reflexes, and knockout power, Jones was the best boxer of his generation. Here is prime Jones using a punishing jab to set up and then decking and dismantling an outclassed Vinny Pazienza (40-5) in 1995 in Atlantic City: https://www.youtube.com/watch?v=oLcYb3o6buE

And against Virgil Hill, this is what happened when Jones went downstairs with a rib-breaking right: https://www.youtube.com/watch?v=1i_Z5MR61WE

In 1996, Jones showed his “dark side” as he brutalized Bryant Brannon at the Garden in 1996 with an assortment of pure menace coming from all directions that prompted Gil Clancy to say”Wanna ask again who’s the best fighter in the world? “In this one,. Jones finally motioned to Referee Ron Lipton to stop the slaughter. This was a prime Jones; https://www.youtube.com/watch?v=_X91ik2WgGA

Sometimes Jones irritated boxing aficionados for what appeared to be an indifference to the sport, such as when he participated in a semi-pro basketball game the day of a fight with Eric Lucas, a tough fighter whom Jones later stopped. But this was simply Jones showing off his athleticism.

“Had Roy Jones Jr. defended his heavyweight title even once before walking away, there’s no telling where his legacy would stand today.” — Brian Campbell

“Everybody cuts weight; it’s part of boxing. It’s an excuse for him to say, ‘Well, I lost too much weight too fast.’ No you didn’t. That’s disrespectful to every fighter that loses the weight and doesn’t say the same thing.”—Chris Byrd

When Jones returned to the light heavyweight division in November 2003, his record was 49-1 but it marked the beginning of his fall from grace as his rapid loss of muscle mass rendered him—at least in my view– vulnerable to fellow Floridian Antonio Tarver against whom he looked terribly gaunt and slow in winning an MD in November 2003. It is unusual for a top athlete let alone boxer to put on that much weight (20 pounds) and then take it off quickly. It can take a heavy toll and Jones was no exception..

Nevertheless, the reasons for Roy’s decline are up for debate, but it’s clear that he wasn’t the same fighter after returning to 175 pounds following his heavyweight title win against Ruiz. He was slower, his legs seemed tired and most worrisome, his chin was now in question. “That was tough,” Jones said. “I’m through with 175. It’s too hard to get down. The only thing I want to do next is fight Tyson. Then it’s over”.”

In a rematch with Tarver, however, he was shockingly stopped at 1:41 of the second round. His reflexes and tremendous athleticism were no longer at their apex and the downward spiral had begun.

Since that fateful fight in 2004, a 45 year-old Roy has gone 10-6, but he now has won five in a row and continues to pick his spots in a more comfortable, albeit far less competitive groove as he carries on in Eastern Europe where he enjoys strong popularity.

A prime Roy Jones Jr was as good as it gets. Had he retired after the first Tarver fight, his record would have been 50-1 and his place among the top five modern all time greats would have been well justified. As it is, he still will rate among the top ten on my lists because, as Larry Merchant said during the Brannon fight, he was “Oscar Peterson with Boxing Gloves.” And if fast fingers and a hardwired sense of swing defined Peterson, fast hands and a seldom-seen sense of reflexes defined Jones.

“A fighter in history is judged by what he did in his prime, like most athletes and most successful anythings….Roy was one of the best of his time, and that, to me, is the best you can be.”—Larry Merchant