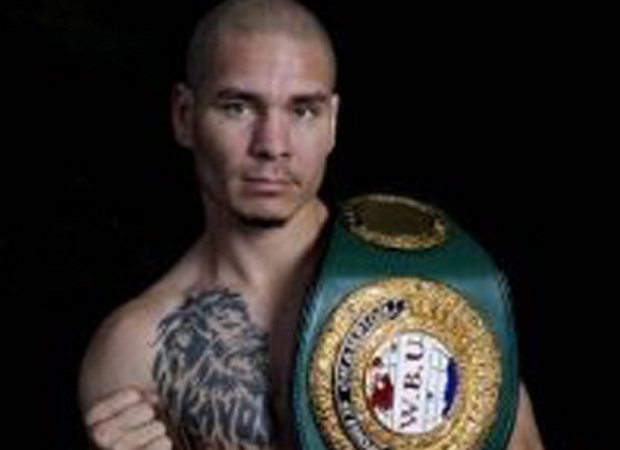 You figure an athlete would get used to losing, brushing it off and looking forward to the next game. However, in boxing, you never know when that next opportunity will come again. “It hurts, period. The sacrifice and dedication you put into the training, mixed with your pride, leaves you with a bitterness”.

Fernandez is a shy and humble individual, yet a warrior lives inside him. As an amateur, he complied a 90-9 record, training under the watchful eyes of former U.S Olympic Coach Tom Mustin and former World Champions, Paul Vaden and Emmitt Linton. In 1995, he was ranked #3 in the nation, defeating DeMarcus ” Chop Chop” Corley at the U.S. Championships.

After a successful amateur career, you figured Fernandez would have a successful professional career. Unfortunately, things don’t always go as planned and that’s where the frustration within begins, “knowing deep down inside that you can beat anybody in front of you yet you don’t, its something tough to deal with”. It’s not easy either, never knowing when that phone call will come, only knowing it will come on short notice. It doesn’t get any easier when your working a full time job, going to school and finding time to train. It becomes even more difficult when the fighter across the ring is a future world champ, “Danny Garcia, Keith Thurman, Paulie Malignaggi, Devon Alexander, I fought them all when nobody wanted to fight them.”

As the losses piled up, Fernandez wondered what had become of his career. With no signature victory or recognizable title, Fernandez looked to god for answers, ” I prayed, literally. Hoping that I would get a shot, something to show for my sacrifices.” So when he got the call to face Michael Stewart on two weeks notice, he did what he always did, accepted, ” At the weigh-ins, I learned the fight was for the WBU Title.” Fernandez was beyond excited, he felt like his prayers were answered. Now all he had to do was win the fight. Fernandez would defeat Stewart by unanimous decision, claiming his first world title.

Fernandez learned early that nothing in boxing would come easy. So after only 1 fight in 2013 and nothing scheduled for 2014, Fernandez briefly hung up the gloves, ” I had a title opportunity fall through against Lanardo Tyner. After that, I decided to walk away”.

Like most fighters, Fernandez couldn’t stay away from the game, ” I’m looking to return in 2015. I want another title, that’s my ultimate goal”.