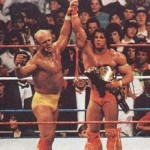 Last night WWE: Monday Night Raw rolled into my hometown of Denver, Colorado. As a youth, there was nothing better then Saturday morning wrestling. This was before there was a Monday Night Raw or Thursday Night Smackdown. A time when the WWF and WCW clashed like HBO and Showtime Boxing. It was the good ol' days of professional sports entertainment, where athletes were bigger … END_OF_DOCUMENT_TOKEN_TO_BE_REPLACED 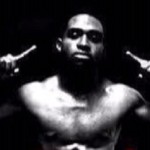 Hangin With Mr. Cooper "For the stars and the stripes prison bars and the pipe Young nigga rolling weed in a cigar he can light, bang red either blue selling hard and the white, live by the gun, never run from a fight, Trayvon in a hoodie, walking through the neighborhood he, didn't do shit to buddy, he didn't have to die did he? I guess it's because his dad was a judge in … END_OF_DOCUMENT_TOKEN_TO_BE_REPLACED 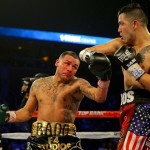 "The only thing worse than losing, is never trying to win" The writing, like a graffiti artist admiring his work, was painted on the wall for all see. Mike Alvarado wasn't prepared for the third installment of his classic battles with Brandon Rios. With a lingering legal case waiting after the outcome, Alvarado laced up the gloves and walked out to 9000 fans cheering his … END_OF_DOCUMENT_TOKEN_TO_BE_REPLACED 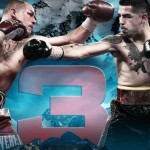 RIOS: "I had to come out here and they were booing and I loved and I had to do what I had to do. This could have been the end of my career and I didn't want that to happen and I didn't want it to end like this. I knew it wasn't going to be easy. he is a warrior and I had to take my time and be patient. I was disciplined in camp. I knew he could come back and hit me and I … END_OF_DOCUMENT_TOKEN_TO_BE_REPLACED

Eric Duran's report from ringside of the HBO double-header: Ramirez vs. Vlasov Ramirez snoozes in showcase bout, nowhere near the level of Alvarez and Chavez Jr at this point in their careers Vlasov comes out energetic as Ramirez is nice and calm, bouncing on his toes. Ramirez is throwing the straight left to the body in round 1. Ramirez is patient in his attack, … END_OF_DOCUMENT_TOKEN_TO_BE_REPLACED