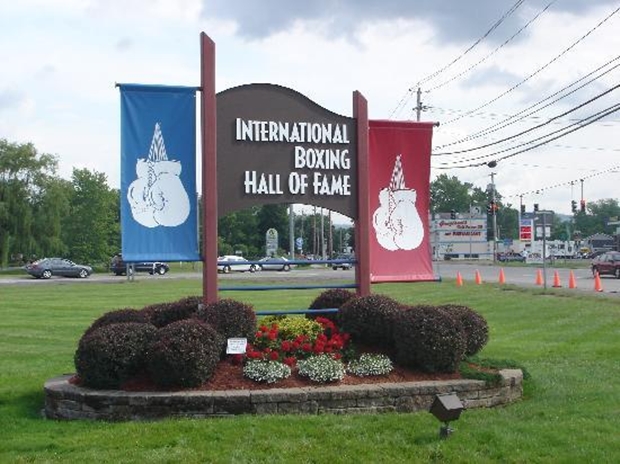 Press Release from the International Boxing Hall of Fame:

“We’re extremely excited about the Class of 2015 and are very much looking forward to paying tribute to the new inductees in Canastota next June,” said Executive Director Edward Brophy.

The 2015 Hall of Fame Weekend is scheduled for June 11-14th in Canastota, NY. Over 10 events, including a golf tournament, banquet, parade and autograph card show, are planned. An impressive celebrity lineup of boxing greats of yesterday and today will attend this year’s Induction Weekend. The highlight of the weekend will be the Official Enshrinement Ceremony on the Hall of Fame Museum Grounds in Canastota, New York on Sunday, June 14th to welcome the newest members.

The Hall of Fame also released names of posthumous honorees: Masao Ohba and Ken Overlin in the Old-Timer Category; and publicist John F.X. Condon in the Non Participant Category. Inductees were voted in by members of the Boxing Writers Association and a panel of international boxing historians.

“I’m ecstatic! As a kid, this is what I dreamed of. I’m just so happy. For me, hard work and determination got me in the Hall of Fame.”

“This is amazing news. It’s an absolute honor to be recognized with some of the best fighters that ever lived. I’m overwhelmed to hear this news. What can I say? I’m so happy that I officially got the call from the International Boxing Hall of Fame to tell me this. For every fighter this is the phone call of a dream because when you get a phone call saying you’re going to be inducted into the International Boxing Hall of Fame, it’s not every day you get that call!”

“Wow. I’m humbled and I’m honored. To be in the International Boxing Hall of Fame with so many of my friends and heroes is overwhelming. “

“This is great. This makes my day, my year and my life because I’ve been in boxing for almost 55 years. This is really something exciting for me. I will be very proud to be there because some of my fighters that I represented are already there like Alexis Arguello, Pipino Cuevas and ‘Chiquita’ Gonzalez. I’m very, very happy. This is the best news in my boxing life.”

“I’m eternally grateful. It’s really the highest honor and it’s the culmination of a lifetime in the great sport of boxing. I’m humbled, honored and overwhelmed. Words can’t express my gratitude.”

“I haven’t wiped the smile off my face since the Hall of Fame phoned and gave me the news. There is no higher honor in boxing than being elected to the International Boxing Hall of Fame and I am deeply appreciative.”

“I am surprised and delighted to learn of my election to the IBHOF. I look forward with great excitement to making my first trip to Canastota this summer to accept the honor on behalf of my family, my friends, and everyone at HBO and at ringside who has helped to support my long, lucky tenure in boxing. I couldn’t be more appreciative.”