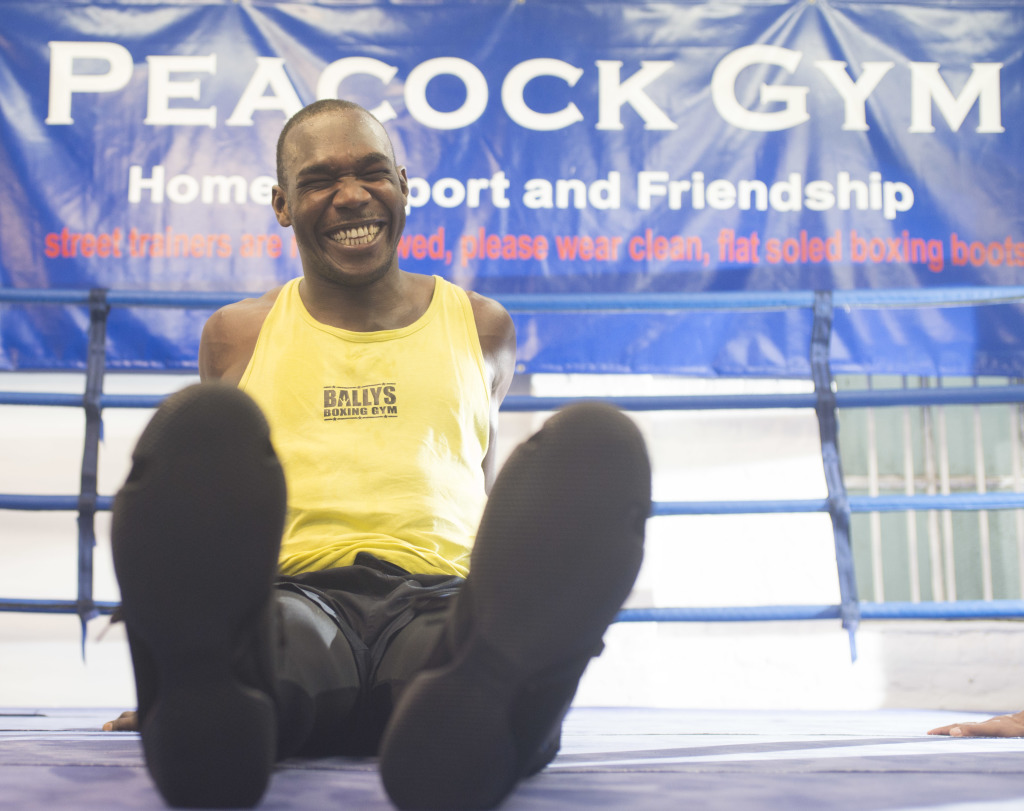 British fans are fairly unique – or just downright weird – when it comes to the global sporting spectrum.

In America, baseball superstars like Alex Rodriguez are revered for their ability to pocket $30 million per annum (Hell yea, go get that money, son!) but in England we begrudge our footballers for having a similar earning power (How dare Wayne Rooney take home £300,000 per week!).

We like our sports heroes to be losers, to have been humbled or to have gone through hardships. In cases like David Beckham we even like to hang burning effigies in the streets before we eventually warm to them or tout them as national icons.

When it comes to boxing, few will have worked harder or have jumped through more hoops than British and Commonwealth cruiserweight title-holder Ovill McKenzie.

This is a man who could have been an Olympic superstar for Jamaica had his country been able to afford to send him away to Sydney, Australia (imagine the 2012 outcry had Usain Bolt suffered a similar fate).

This is a man who wanted to turn professional in America but was rejected a Visa because of the red tape put into place following the 9/11 terrorism attacks in New York City and Washington DC.

And this is a man who, at one point in his pro career, had an unimpressive losing record of 5-6-0, 1ko and could have gone on to become a journeyman rather than a champion.

“All these obstacles… they’re not really down to me brudda,” McKenzie (now 23-12-0, 12ko) told The Boxing Tribune in his distinctive Jamaican accent at the Peacock Gym cafeteria in Canning Town, East London, earlier this week.

“Those rejections, I can move past them, I never rejected myself. The short amateur career, the Visa problems and the three losses in a row… the first two weren’t down to me, you see? I was away from [trainer/manager] Martin [Bowers] when I had dem three losses and was taking bad advice, taking fights on short notice and only at 50 percent fitness.

“I knew in my heart that when I train 100 percent I can get results and that’s what happened when I got back with Martin.” 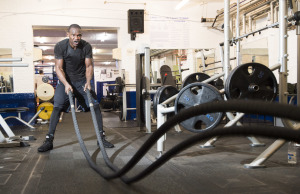 Ovill is capable of telling a fascinating tale when reminiscing about his early years in Kingston. When his weekend entertainment would consist of beating up other locals who fancied themselves as pugilists. When he was given a verbal cuffing by a friend’s mother after he concussed her son. When he was fast-tracked to a national championship as an amateur and when he turned over in England.

“I started boxing in Jamaica at the age of 19 brudda. We started off… there was me and two or three other mates, fighting against each other on Friday and Saturday nights in the middle of the streets.

“I knocked out one of my mates cold and his mom came out, shouted, and cut up all the gloves and said we had to stop all this nonsense.

“All my friends said, ‘Ovill, you have to keep boxing as you have something in you. You’re a fighter’. So it all started out on the Kingston streets on Friday night boxing.”

How many street fights did a teenage McKenzie end up having?

“Street fights? Oooh brudda. Loads. Every Friday. Every Saturday. It was gloved, we didn’t do no bareknuckle; it was proper street boxing and I always got the better of them, I always won, caught them on the temple and hurt them.”

He continued: “I had 15 amateur fights in Jamaica. I got straight into the national team and then went to Grenada. I won my three fights [there], got the gold medal but could never go to the Olympics because they said I was too old. There was no money – tings like that.

“These Jamaica nights were all around 1998. I made the national Jamaican squad within one year of boxing as an amateur. And from 19, 20 and 21 I came to England.”

I asked Ovill why he didn’t immigrate to the hotbed of boxing, USA, rather than to England, to which he said he did try. 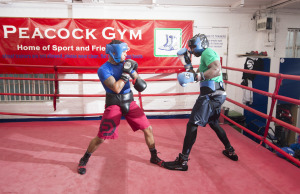 “I was turned back brudda,” McKenzie told me. “There was a famine at the time and there was also the Twin Tower bombings so they weren’t giving out the Visas that easily, man.

“I tell you this… Lennox Lewis won the world title [in 2001 after knocking out Hasim Rahman in four rounds in their Las Vegas rematch] and for a boxer to have that Jamaican heritage, but make it in England, it was all over the papers.

“They said it opened the doors up for boxers from the Caribbean to go to London. So that’s when I got out – it was my opportunity, thanks to Lennox Lewis. He’s the one, baby.”

McKenzie, a 35-year-old who has lived in Brixton, Derby and is currently in Peckham whilst training out of Canning Town, continued: “I first got to the Peacock Gym in 2001.

“I lived up in the attic of the Peacock for four years brudda. There were many boxers up there with me, from all over, many nations… from Africa, from Brazil, Jamaica, Scotland… all over, but one nation of man [a fighter]. We was like the gladiators, boy. Everything was alright. Martin was our trainer and it was a great program.”

Since overcoming amateur setbacks, Visa rejections and overturning what had become an early losing record in his fledgling professional career, McKenzie has gone on to have many memorable nights in British boxing.

“[Winning] the [seventh edition of] Prizefighter was one of the best nights because I had so many fights in one night – it was just like the street fights in Jamaica. That’s the one baby!

“But my biggest fight was with Enzo Maccarinelli,” he said. “That’s the fight that made me believe in myself and since then each fight has gained in significance. I learned so much from that fight.”

Certainly since the Enzo Mac encounters, McKenzie has begun to endear himself to the British public and the nation’s media. Fight fans scramble for photographs with The Upsetter at shows regardless of venue – from the Copper Box Arena in East London to the Metro Radio Arena 300 miles away in Newcastle. 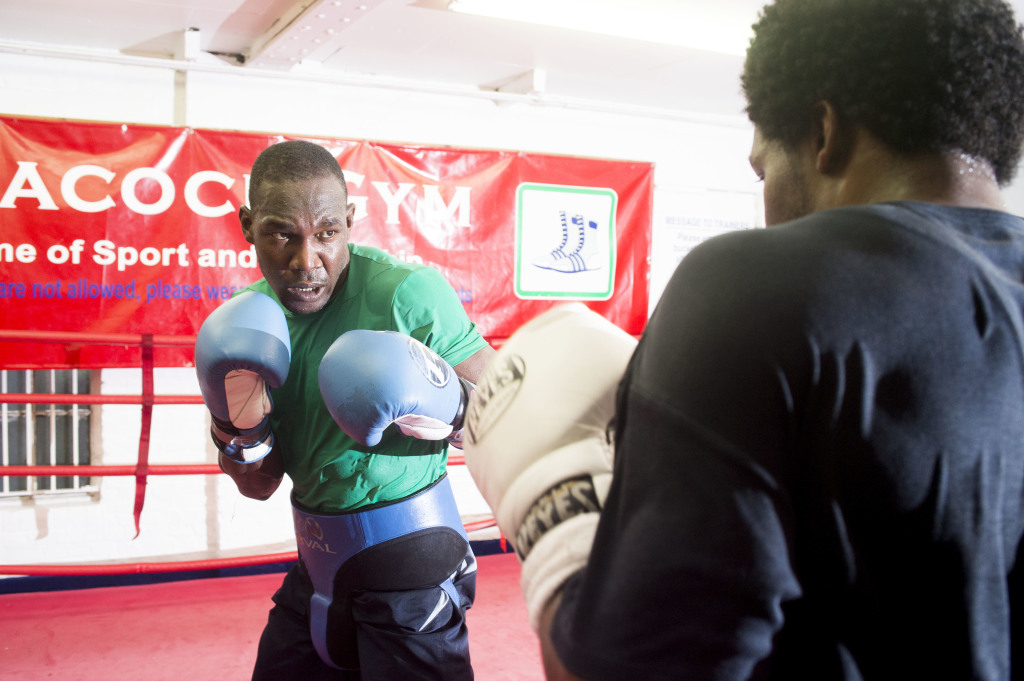 Even popular fight presenter Steve Bunce has got behind McKenzie’s push for world honours, lauding the man on BoxNation, on ESPN and beyond.

But who would McKenzie choose to fight? If the following answer is anything to by, it’s anyone.

“I’d fight Enzo a third time brudda – I’d take him on tomorrow! I’m a fighter. I’d have Tony Bellew as well. I’d love to fight Nathan Cleverly. Any of these athletes but at the minute I shouldn’t be trying to fight them.”

“When I look at the ratings I’m number one in Britain and number five in the world [writers note: seven, according to Boxrec] so I have bigger things to look at. They should be calling out me. I’m the British and Commonwealth champion and people try to jump past me. I don’t think they really want to fight.”

What Ovill craves most, though, is a world title opportunity, potentially against Marco Huck. He wants to invite his blood relatives over from Jamaica and win world honours on foreign soil, so he can bring a coveted belt back to England, show it off for Britain and perhaps inspire a new wave of Caribbean combatants.

“It’s getting there brudda and I need a world title fight. I’d like to keep the British belt as it’s so nice but I want that world title.”

He continued: “I’ve got something those other guys like Cleverly and Bellew don’t – heart. I’m used to late call-ups, I’m used to being put out of my comfort zone. I’ve had a different upbringing and if I get a call to Germany [to try to take out Marco Huck], I’ll be ready.

“I’ll have my son there, I’ll pay for my relatives to fly out from Jamaica and I’ll have all my Peacock family at ringside so everybody can see The Upsetter do the big one brudda! That’s the baby.”

McKenzie certainly has the underdog story that British sporting fans like to read and the ring veteran can even go from unheralded to celebrated with just one more glorious ‘upset’ win over fancied champion Huck. But for that to happen politics will have to begin to finally help – rather than hinder – the affable Jamaican.

On his present form, though, would many bet against him?