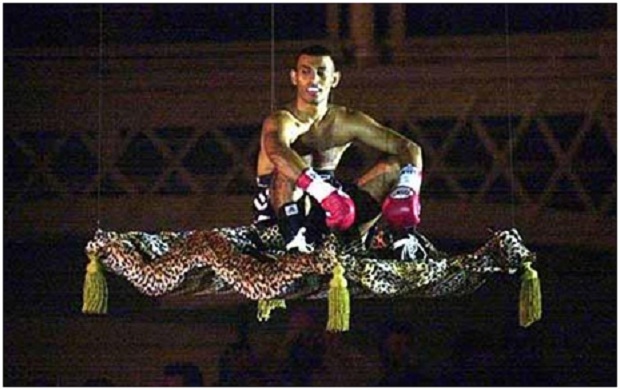 Mancini (29-5), now 53, has worked as a commentator and analyst since he retired from boxing, and has remained a beloved and popular figure in the boxing world. In 2013, an acclaimed documentary called The Good Son: The Life of Ray “Boom Boom” Mancini was released.

Though his career was marked by bizarre incidents, the 46 year-old Bowe (43-1) had a Tyson-like prime that was memorable.

Hamed (36-1), now 40, is a former featherweight champion who also had a great , albeit too short prime and became one of the most famous boxing figures of the 1990s. He was controversial, flashy, and provided excitement and incredible pageantry the likes of which few others have ever matched. Says Daniel Fletcher, “…some stars are so bright they burn out fast, rather than fading away slowly. In this case, while it still hurts that it did, one must be thankful that we saw the star at all.”

As an elector for inductees into the Hall, I can find few faults with this year’s selections, although each candidate could well be worthy of debate on either side of the ledger.