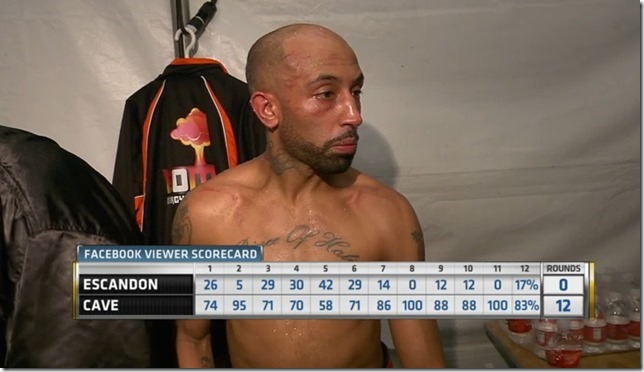 “I guess just beating them up for 12 rounds isn’t good enough anymore.”—Tyson Cave

“Boxing and MMA judges are often evaluated based on whether or not they have had a controversial decision. This is a poor way to assign and regard professional judges.”—Matt Podgorski  (who came up with a method to evaluate the performance of judges worldwide by determining the percentage of instances his or her scores are consistent with the other two judges working the same fights. He calls it the Pod Index).

After last weekend’s mind-boggling decisions, something needs to be done to restore even a modicum of faith in the judges who score fights (deserved or otherwise)

This index is a sports statistics company founded in 2013. It was recently hired by two prominent boxing and MMA state commissions to assist them in evaluating their judges.  Though not a panacea, the Index is designed as a new method of determining consistency.

Here is how it works. The commissions send the Pod Index all of their master score sheet data, which is entered and stored in an online database. The company then analyzes the scores for consistency and produces user-friendly reports. The commissions can then use those reports to help evaluate their officials in an objective and purely quantitative way

The Pod Index also conducts official scoring reviews for its clients. After a controversial decision, the Pod Index hires five professional judges to score the fight on video, anonymously. This increases the sample size of scores from 3 to 8, allowing the commission to better determine if there were any irregularities in scoring.

California (CSAC) was the first commission to sign on earlier this year, while Nevada (NSAC) signed on shortly thereafter.  The Pod Index is also partnering with international sanctioning bodies on various reporting and analysis.

Since its inception, Pod Index, LLC representatives have presented at IBF, WBA, NABF, and ABC Conventions. The Index was also presented at the recent WBC convention in Las Vegas where it was well received.

The specialty statistics consultant for two of the most powerful boxing commissions in the world is now expanding its reach by offering consultative services to promoters and managers to help them determine if the proposed judges for a match give their fighter a disadvantage. It’s complex, but in short, the company leverages CompuBox data to analyze trends in judging as it relates to individual style preferences.

Maybe highly controversial decisions such as the eye-poppers that occurred this past Friday and Saturday can at least be minimized, but whatever the case; I view the Pod Index as a big step in the right direction in helping to close the gap on subjectivity. Conversely, I fully acknowledge that being a boxing judge can be a thankless endeavor where attention is received only when something controversial and/or negative occurs.

For more information about the Pod Index see: