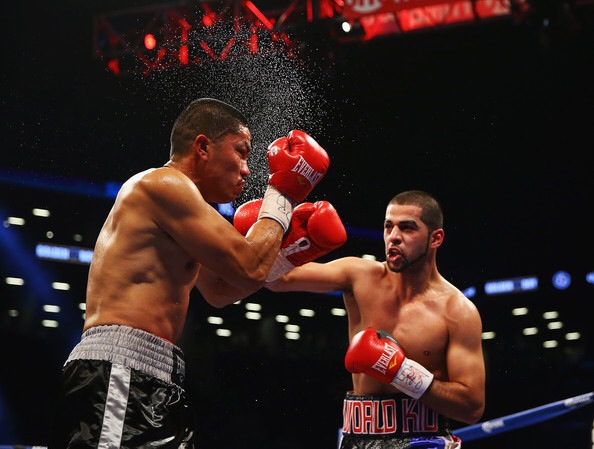 With 2014 quickly wrapping up, it’s time to look ahead to 2015.  On the prospects to watch series, I’ll discuss 20 fighters careers who I believe will make or break, their careers, in the next year.  Now, I do not believe these are the 20 best prospects in boxing, just the top 20 with name recognition, ability and potential to breakout in the upcoming year.

Ali represented the US at the 2008 Olympics, losing in the first round.  Ali would turn pro in 2008, forming his own promotional company, World Kid Promotions.  He was able to run his record to 16-0 before deciding to sign with Golden Boy Promotions, a move that has taken his career to the next level. Ali made a case for contender status with a one sided beat down of Luis Carlos Abregu, knocking him out in 9 rounds.  Abregu lasted 12 rounds with World Champion, Timothy Bradley while beating fellow prospect, Thomas Dulorme.   Ali also defeated Michael Clark and Jeremy Bryan in 2014.

2014 saw Ali go from an unknown east coast prospect, to a rising star looking to crash the scene in 2015.  Under Golden Boy, Ali has found a home fighting at the Barclays Center in front of hometown fans.  The Bedford-Stuyvesant resident is poised for stardom in the coming year. 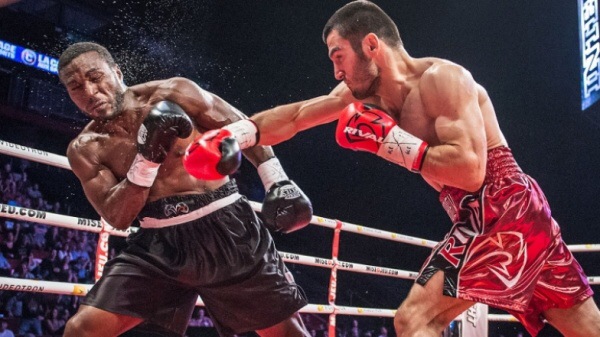 Beterbiev was a 2-time Olympian, competing at the 2008 and 2012 games.  In 2013, Beterbiev relocated from Russia to Canada, debuting in dramatic fashion.   It’s been a fast track to becoming a world title challenger since. Beterbiev had a huge 2014, going 4-0 with 4 knockouts.  In September he bullied and destroyed former world champion, Tavoris Cloud, in 2 rounds.  More recently, he survived a 1st round knockdown and stopped unbeaten Jeff Page Jr. in the second round.  Beterbiev also claimed the NABA and WBO NABO Light Heavyweight titles in 2014. Beterbiev is downright scary, dispatching his foes with killer instinct.  Beterbiev has distanced himself from fellow 175 pound prospects, but just how close he is to challenging Sergey Kovalev, Adonis Stevenson and Jean Pascal?  2015 will give us all the answers we need on Beterbiev. 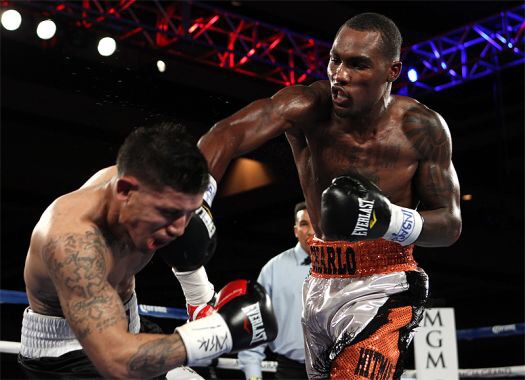 The Houston native has been climbing the ladder since he debuted at age 18 six years ago.  Golden Boy has done its job of providing the correct opponents as well as rounds, but Charlo is cooperating, knocking everyone out early.  He continued to do so in 2014. Charllo was a perfect 3-0 in 2014, disposing of all 3 opponents.  He stopped gatekeeper Hector Munoz in the 3rd round.  He followed it up with a TKO 7 against Norberto Gonzalez.  Most recently, he stopped Lenny Bottai in the 3rd round on the undercard of Khan- Alexander. Jermall has been hiding in his brother’s shadow in recent years.  However, after their most recent performances, including a 14 fight knockout streak, Jermall may be taking the lead in 2015.  Jermall has positioned himself for a title shot at IBF junior middleweight champion, Cornelius Bundrage. 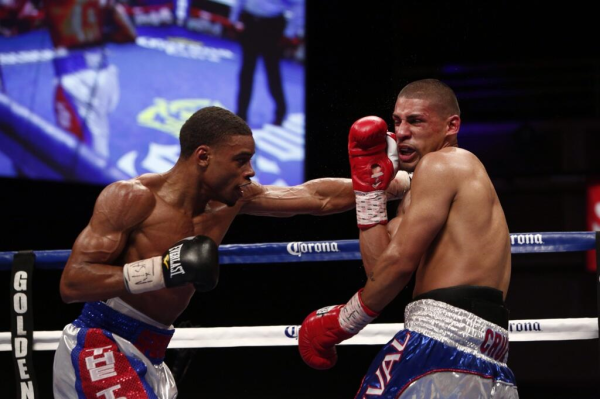 After a stellar amateur career including an appearance at the 2012 Olympic Games, Spence turned pro months later.  Due to his amateur success, media outlets have been following his every move since.  Spence has only been impressive, thoroughly beating every opponent put in front of him. Spence had a busy 2014, going 5-0 with 4 KOs.  It started with 2 stoppages over Peter Oluoch and Raymond Charles.  He proved he can go 10 rounds as well defeating Ronald Cruz in June.  He followed that victory up by stooping Noe Bolanos and Javier Castro in consecutive fights. Spence is close; in fact, I wouldn’t be surprised if he seeks a bout against a top 10 fighter in 2015.

There’s no denying how talented Spence is, it’s just about understanding that he is young and still needs grooming.  His tools can take him to the next level but we have yet to see how Spence handles adversity. 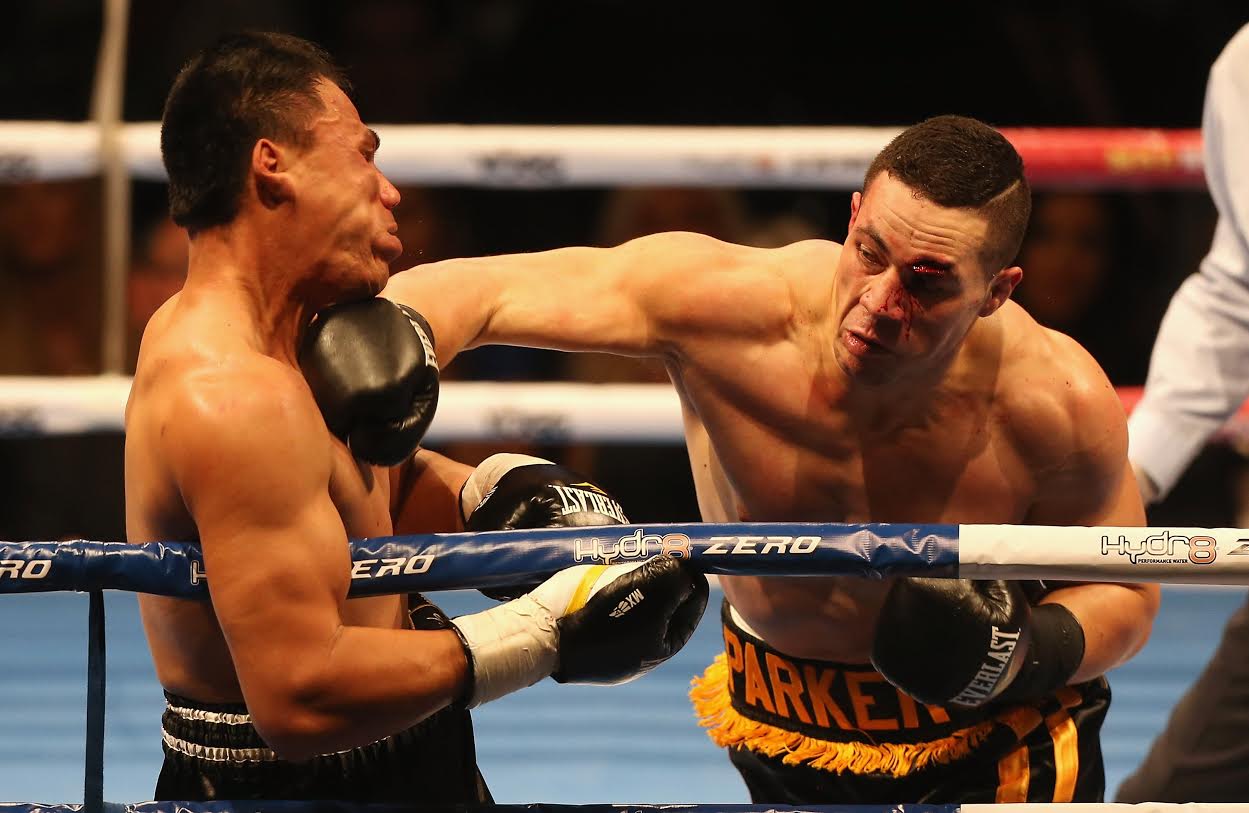 Although he didn’t live up to the expectations as an amateur, losing in 2 Olympic qualifying tournaments, Parker is amending those failures as a pro.  Manager David Higgins has high expectations for Parker and he isn’t handling him with kid gloves. Parker was a perfect 5-0 in 2014, disposing of 4 inside the distance.  He defeated veterans Brian Minto and Sherman Williams, claiming the WBO Oriental and PABA heavyweight titles.  In his most recent fight he defeated Irineu Beato Costa Junior to earn a top 10 spot in the rankings. Heavyweights are so hard to judge, so many of them have inflated records only to turn out to be frauds.  Sooner or later we’ll know the truth about Parker; his handlers are fast tracking him to a heavyweight title shot.