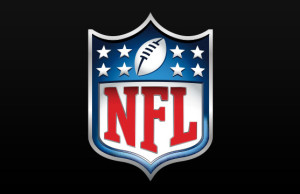 Now I’ve seen everything. Super Bowl XLIX featured a 28-24 win by the New England Patriots over the Seattle Seahawks, and in the process showed that there is no better metaphor than boxing for all other sports.

Wondering what the hell I’m talking about? Julio Cesar Chavez. Meldrick Taylor. Chavez dominated the fight on the punch stats, but Taylor fought gamely and kept himself in the fight all the way to the final round before Chavez landed a flurry of punches to stop the fight right before the end. The beaten-up Taylor was valiant in defeat, but he just didn’t have it in him to finish the job against a superior opponent.

Tom Brady bashed in the face of the Seattle defense, going 37-of-50 for four touchdowns and picking apart Seattle’s Cover 3 just like your columnist’s Fight Plan said it would go down (see this column from the run-up to the game.) The New England defense itself made Russell Wilson look like the weaker fighter, and even though for purposes of this analogy Marshawn Lynch was Taylor’s effective punching in the face of having Plan A short-circuited, it simply wasn’t enough.

We saw so many boxing references peppered throughout the play tonight. We saw New England, a wise, veteran old dog of a champion, a Bernard Hopkins at light heavyweight still not ready to go into that long, dark night, beating young up-and-coming fighters like the Chad Dawsons of the world. We saw controversy and accusations of cheating on both sides, but especially a lot of villain-making out of whichever fighter the person making the comments wasn’t rooting for. Depending on your perspective, “DeflateGate” was either Floyd Mayweather being too cowardly to fight fair or Manny Pacquiao being on steroids.

We saw right at the end a team pulling what was damn near a miracle (Helmet Catch 2.0, from Jermaine Kearse to set up a first-and-goal) stopped by a miraculous comeback from being downright stunned—the interception right at the end by Malcolm Butler was Diego Corrales coming off the floor when he looked dead in the water against Jose Luis Castillo in the tenth round of their first fight.

There was a moment where a team that could have cruised to the decision (there is no way Marshawn Lynch doesn’t punch that ball in from the one-yard line; nine times out of ten, if Seattle gives the ball to Beast Mode, they repeat as Super Bowl champions) decided instead to go for the knockout (the pick play that led to the game-clinching interception) and got caught by a counter shot.

This was styles make fights. This was reaching down into a fighter’s reserve to throw one great shot. This was the Fight of the Year in a unification title fight. This was pro football at its best…and it sure looked an awful lot like boxing.

Hey sports fans. You know who you are. You found this article on social media, someone shared it with you, you Googled it and it landed you here. Whoever you are—if you’re not already a boxing fan, if you want action just like this Super Bowl? You want the greatest spectacle in sports? Football gives it to you once a year if you’re lucky. Boxing? Go chase down a video of Friday Night Fights from last week—we do this stuff all the time.

Fox Doucette writes the weekly What If alt-history series for The Boxing Tribune and covers Friday Night Fights for this publication as well. His weekly column, The Southpaw, appears on Thursdays. Big tip of the hat to Jeff Freeman for planting this idea in my head at halftime. Fan mail, hate mail, and the money you owe me if you faded my action on my Super Bowl pick can be sent to beatcap@gmail.com.