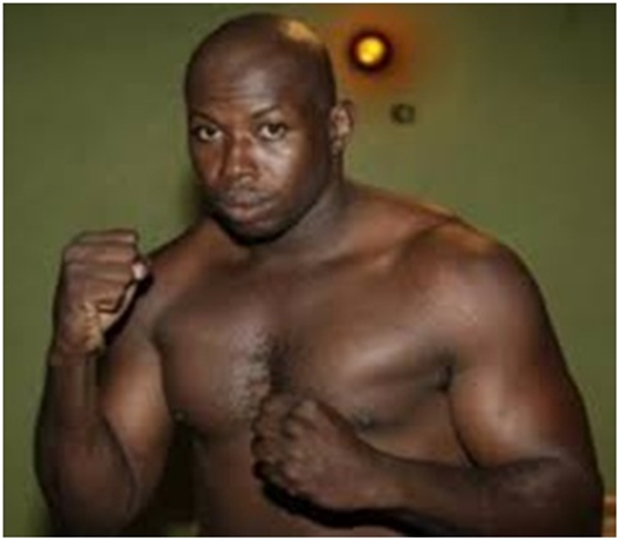 “The most amazing aspect of boxing – is the ability of a human being to get up when he’s hurt.” —Steve Smoger

Manswell, known as the “Warrior,” fights out of Trinidad and Tobago but is a road warrior fighting wherever he can earn his living.

On January 29, 2011, he went up against Bermane Stiverne (19-1-1) at the Silverdome in Pontiac, Michigan. At stake were a number of secondary titles. Manswell was 20-0 coming in so this one looked to be a competitive matchup with the winner breaking through and into the top mix.

However, the fight turned out to be a frightening and brutal beatdown as the 238 pound Stiverne controlled the action until he floored the heavier “Warrior” at the 1.29 mark of the second round with a right cross to the top of Manswell’s head. The 6’4” Manswell went down like he had been sapped with his head bouncing dangerously off the canvas. Somehow he stumbled to his feet and, defenseless, was allowed to take 8 or 9 additional punches including flush shots to his head area. Referee Gerard White did not distinguish himself with this horrific and late stoppage. There is a difference between being hurt and being defenseless. Judge for yourself: https://www.youtube.com/watch?v=QDL9LyctUNQ&feature=youtu.be

Stiverne used this win to move up in the rankings until he finally won the vacant WBC World heavyweight title by knocking out Chris Arreola on May 10, 2014.

Manswell, meanwhile, fought five more times in 2011 and has gone 4 and 7 since the lost to Stiverne. Included in this tally are losses to Mike Perez, Cedric Boswell, Ruslan Chagaev, Deontay Wilder, Alexander Ustinov, and a first round TKO loss to Tor Hammer. Tor appeared to have landed at least two shots while Manswell was on his knees from another punch and he slowly crumbled to the floor, indicating that he could not continue. The referee did not buy it and he ruled Hamer the winner by TKO.

The Tobogan’s four wins have come against limited opposition in Trinidad and Tobago; five of his defeats have come by way of stoppage in other locales. He is scheduled to fight Eugene Hill (30-1) in Texas City in March, 2015.

While former champion Stiverne regroups from his recent loss to Wilder and assess profitable options, the Warrior has become a journeyman –or even worse—a sure-fire notch on the belt of his opponents.

By no means is Kerston’s story unique, but the question behind the story is how much did recalcitrant referee Gerard White have to do with Manswell’s abrupt turnaround?