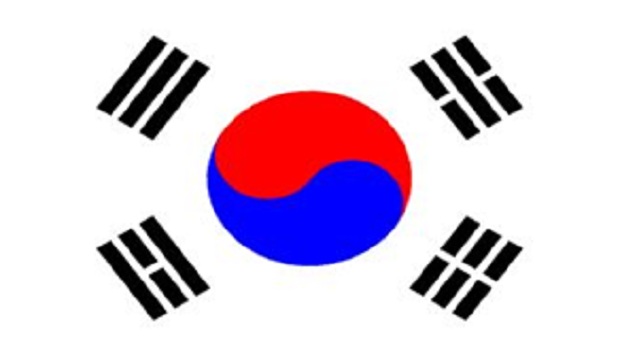 “After losing a cow, one repairs the barn. Only after a big disaster, you fix the problem.”–Korean Proverb

The Korean War (June 1950 – July 1953) is something many Americans under the age of 35 only remember from watching MASH on television. The Korean conflict is fast becoming a footnote in our history and that’s a pity for those who fought and died in that brief but highly intensive and deadly conflict. Some have suggested the conflict might have been conveniently forgotten by politicians because it ended in a stalemate. But those who fought in it did not feel that the reasons for the war were questionable, au contraire. At any rate, from a military standpoint, it was an incredible seesaw of action that was analogous to a boxing match that features ebb and flow action.

The South Koreans proved their innate grit when they, along with United Nations troops, drove the Chinese and North Korean Communist forces back over the 38 Parallel. Today, the contrast between the prosperous and bustling South Korea and its foreboding neighbor to the North is stark. Reflective of that same grit and enterprising nature, South Korean boxers have won an inordinate number of world championships since the early ‘60s.

Things have changed drastically in South Korea when it comes to boxing. Its popularity has declined steeply in a country that is now soccer and golf-crazed (not to mention speed skating and baseball). In fact, much of the boxing these days is done by females (few people know that South Korea has several reigning female world boxing champions), though there are some solid young male fighters, and bantamweight Seung-Suk Chae made a decent comeback before losing two in a row. But mini bomber Jung-Bum Kim retired in 2009 with a 32-2-1 record with 28 KO’s. Many now say boxing is mainly a macho metaphor for what the country was in the ‘70s and ’80s before its economy soared.

“For anyone who says boxing is boring or it’s corrupt and shady I say to you watch Ji Hoon Kim fight and you will fall in love with boxing” –King J.

On September 12, 2009, Ji Hoon ”Volcano” Kim erupted in Kempton Park in Gauteng, South Africa and stopped Zolani “Untouchable” Marali (20-2 coming in) in the tenth round to win the South African’s IBO Super Featherweight Crown. He then erupted again on February 12, 2010, by stopping slick Tyrone Harris in 5. It was Kim’s 12th win in a row with all but one coming by way of stoppage (including a one-round shocker over highly regarded Koba Gogoladze in Las Vegas in 2008). However, the Volcano (25-9) has now taken far too much punishment since then and lacks any semblance to a defense. His last fight was a TKO win over Indonesian Roy Tua Manihuruk in July 2013. Let’s hope he stays away from the ring for his own good.

“The Volcano” is a throwback to South Korean fighters of the past and what makes him compelling is that he never fought in the amateurs, not to mention his wild, reckless fighting style and fan-friendly knockout power that arrives with a sudden and often unexpected explosion.. Here you go: https://www.youtube.com/watch?v=N9_AECPomTs

Another throwback might be Myung-goo Yuh (25-20-1 with 20 KO’s).This flyweight bomber is atypical as well and has been toiling since 2001. On November 3, 2013, the South Korean stopped Khunkhiri Wor Wisaruth to win the vacant WBC Asian Boxing Council title in South Korea.

Yuh had nine fights in 2014 and won each by KO. Even more amazing, seven were fought in Thailand. Clearly, Myung-goo has found a groove or maybe he has found that boxing in Thailand is more popular and profitable than it once was in South Korea.

Since being TKO’d by Roque Lauro in an upset in April 2011, Myung-goo has won 16 in a row—all by stoppage. Here is Myung-goo in action against Filipino Joan “Joan of Arc” Imperial on February 13, 2015, and note his body work which has been his forte as he delivers shots downstairs at will: https://www.youtube.com/watch?v=3vJjBSk2BqE

Ji Hoon Kim is a throwback; Myung-goo Yuh might be one. There aren’t many others.