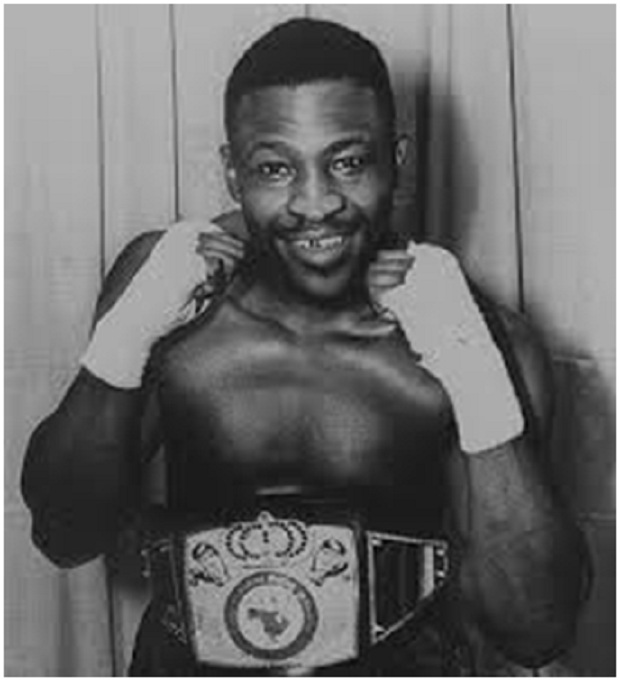 As best I could determine at the time, none of heavyweight Richie “The Bull” Melito’s first nine opponents had ever won a fight. Finally, he fought unknown Chris Gingrow (who impersonated one Richard Perry) and who sported a 1-4 record. Gingrow-Perry was dispatched in one round. Richie then stepped up and fought limited journeyman Mike Dixon in Memphis, managing a TKO in four—his longest fight to date. Dixon (16-19) had been in with many top-level fighters, so maybe the college-educated Bull had a little something, but a quick look at his record revealed that he had fought an average of 1.6 rounds in his first 18 outings suggesting more flash than substance.

When Melito fought undefeated Bronx’s John “Johny Bombs” Carlo (12-0) in his 17th fight, it marked the first time he was matched against an opponent with a winning record. This fight was for the vacant New York State Heavyweight Title. Carlo’s only distinguishing accomplishment was a first-round KO over a completely shot Leon Spinks in 1994 in Carlo’s first professional fight. It was one of Spink’s last fights. Other than that, “Johny Bombs” had fought no-names with losing records. The Bull bombed Bombs by KO in the second round and “captured” the crown.

Clearly, the Bull’s 18-0 record had been overhyped by fighting seventeen opponents with a combined won-lost record of 60-138. But lo and behold, Melito’s opponent this night would not be the usual heavy bag; oh no, it would be the menacing and seasoned “Smokin’” Bert Cooper. The fight would be for Melito’s New York State Heavyweight Crown or for the World Boxing Federation heavyweight title, depending on what source you chose to believe.

“Smokin’ Bert,” a Philly fighter, always came forward, throwing left hooks like his idol Joe Frazier. Arguably, there have been few fighters who have fought a tougher schedule. Unlike Melito’s fans, it’s a good thing I knew about the qualitative nature of Bert’s record going into the MSG Theater that hot July evening in New York. Appearing on his resume were names like Michael Moorer, Evander Holyfield (whom he came within a whisker of beating as he entered the fight a 32-1 underdog), George Foreman, the late Carl Williams, Ray Mercer (who’s jaw he broke), Orlin Norris, Riddick Bowe, Mike Weaver, Joe Hipp, the late Corrie Sanders, Joe Mesi, Fres Oquendo, Larry Donald, Jeremy Williams, Henry Tillman, Chris Byrd, Alexander Zolkin, and many other notables. Bert’s fight with Moorer rates as an all-time Pier Six right along with Lyle-Foreman and Nardico-Norkus.

Tellingly, Cooper beat hot prospect Willie de Wit in 1987 in Canada. de Wit, a Canadian 1984 Olympic silver medalist, was undefeated (14-0-1) and highly touted, but was badly mauled by the compact Cooper, who put him down four times before leaving him in a bloody heap at the very end of the second round. de Wit was light years better than The Bull so due diligence suggested a that another blow out in the making.

Leading up to this bout, Cooper (33-17 coming in) had lost to Golota bite-victim Samson Po’uha by fourth-round TKO, and many thought he was shopworn, having one too many wars and having lost any semblance of enthusiasm. Fortunately for Cooper, Melito’s camp thought so as well.

Cooper, coming in at 232, outweighed the in-shape Melito by thirteen pounds, and also had an enormous reach advantage of 6 ½ inches..

It was fight time. The boxers were given their instructions by the late, great referee Wayne Kelly, the stare down was won by Bert over a seemingly frightened Melito who kept his eyes closed. The bell rang and, before you could say “let’s do it,” it was all over in just 1:51.

Cooper immediately hurt the Bull with body shots and then dropped him with a gut cruncher that momentarily knocked the wind out of the Flushing fighter. Burt then annihilated Melito with a short debilitating left hook upstairs that put Richie down and out, allowing Kelly to dispense with the count and attend to Melito. The squat Bull had been exposed! But then, anyone who knew anything about boxing knew he would be. See for yourself: https://www.youtube.com/watch?v=WSrMl20znPg

To Richie Melito’s credit he carried on, later duking with much better opposition (at least on paper). He won nine straight, eight by way of stoppage. In fact, he won the vacant IBF/USBA Northeastern Regional Heavyweight Title in April 1999 by beating experienced Don “The Man of Steel” Steele (45-6) in Myrtle Beach, South Carolina, in what probably was the best win of his career. The Bull’s final tally was a fine 27-1 with 25 KOs.