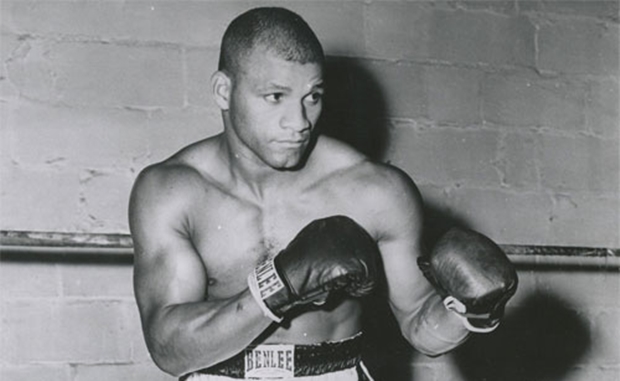 Harold Johnson died yesterday. In many ways, he was the first fighter who taught me that you didn’t have to be flashy, you didn’t have to be able to take someone out with one punch, that you could do things with really small gestures, and still be extraordinary. It was through Harold Johnson that I realized that I was actually starting to understand boxing; the fighter who showed me what to look for. With guys like Ray Robinson, Archie Moore, Luis Rodriguez, and Emile Griffith (the great television champs from when I was a kid), their styles were fairly easy to read. In order to appreciate Johnson, you had to understand boxing more thoroughly, had to read into its minutia, its feints and short combinations, its blocking with the elbows, its understanding of ring geometry. Johnson gave me the vocabulary that allowed me to admire the great technicians. He was dangerous enough for both Sonny Liston’s and Muhammad Ali’s managements to have their fighters avoid him. Doug Jones, who gave the young Ali ten useful rounds, was no match for Johnson. Marty Marshall, the only fighter to beat Sonny Liston on the level until Leotis Martin finally combined with old age to catch up to him, couldn’t win a round against Harold.

I’m sorry that Harold Johnson isn’t remembered today; sorrier still that there aren’t a lot of people around who’d be able to decipher his brilliance. So do yourself a favor if you have a free hour: go to You Tube and watch Harold Johnson’s fight with Doug Jones or any of the fights with his nemesis Archie Moore. Watch closely. I promise that you’ll learn something.