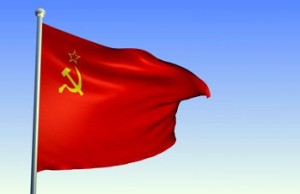 Welcome to Part 3 of the What If Klitschko Special, where we conclude our look at the amateur fate of the Klitschko brothers whilst setting the stage for a wild final part in the pro ranks. But first, the dream of the Nineties is alive in Moscow:

When last we left our pugilistic defenders of the honor of the Motherland, Vitali Klitschko had just won Olympic gold in Barcelona and enjoyed the secondary satisfaction of making Vladimir Putin look like a complete sap in the process. Brother Wladimir would come of age by the next Games in Atlanta and fight a bit below his natural weight to make the 91-kg (200 pound) heavyweight limit (making him a beanpole in the process), and Soviet Premier Viktor Chebrikov wanted the brothers to make an impression on the United States on their own home turf—there would be no Soviet boycott of the Games as there was in 1984.

Still, for the Games not to become a political hot potato, certain elements of American life would have to go according to Hoyle. There was just one small problem:

During the Republican Party primaries, President Bush faced heavy opposition from the party’s far-right, ultra-conservative wing, flexing its political muscle for the first time (whether to the party’s benefit or its ultimate demise is to be argued on a politics site, not a boxing site). With the Cold War still very much on the minds of Americans since the Soviet Union hadn’t done its prime-timeline part in the matter and fallen apart on schedule, the accusations that Bill Clinton was a draft dodger were coupled with a smear campaign by a younger Karl Rove that centered around Clinton’s planned foreign policy, since Clinton had befriended moderate elements of the Soviet Politburo who were interested in rapprochement with the United States.

To the American public, this stuck in their minds as “Bill Clinton’s a Commie.” What’s more, there was no post-Gulf War letdown in the economy, since the Gulf War never happened—the US and USSR were still using the animosity between Saddam Hussein and the Shi’ite Ayatollah as a proxy war that looked at any moment like it was going to become the successor conflict to Korea and Vietnam. The US military-industrial complex feasted on the opportunities to develop new and scary weapons, and the military itself expanded its duty roster, putting many Americans who in the prime timeline were displaced by the post-Cold War economic recession into perfectly good work overseas and easing the labor pressure on the economy just as the productivity gains afforded by the more-rapid deployment of the Internet (lest we forget, a Defense Department project initially) into the hands of the public—and via hackers, one hoped, into the Soviet mind as well.

Point is, America had a right-wing regime that wanted no part of playing nice with Viktor Chebrikov. Fast-forward a few years, and…

The Republican Party, ever interested in political grandstanding, decided that the best spectacle to revive public anti-communist fervor would be to turn the 1996 Games in Atlanta into a re-run of the 1984 Games in Los Angeles, when patriotic feeling ran high and Big Mac supplies ran low with all the Americans winning gold medals. Sure enough, banning Soviet athletes had exactly the effect that Bush and his goons intended; when the Russians were kicked out, the Cubans and North Koreans and Chinese and every single one of their satellite states joined the boycott. In 1984, the United States medaled in every boxing division except bantamweight—fighters like Pernell Whitaker and Meldrick Taylor and Mark Breland and Tyrell Biggs got their start in Los Angeles. In case you were wondering? Robert Shannon was the bantamweight—he now trains fighters in his hometown of Seattle in the prime timeline after faltering in the second round of the 1984 tournament.

Point is, a similar sweep to glory and a newfound shot in the arm for the popularity of American boxing is imminent, something that will have follow-on effects for our story here:

The biggest upset in these Games isn’t the fact that Wladimir Klitschko was in Moscow cooling his heels and waiting for a chance to defend his title at heavyweight in the World Amateur Championships, nor is it Vitali losing out on the chance to win a third consecutive gold medal at super heavyweight.

The biggest upset involves Joe Mesi at the Olympic Trials beating Lawrence Clay-Bey for the right to enter a field that was nearly stripped completely bare of anyone able to fight at all when all the Commies took their gloves and went home. You look at the 1996 super heavyweight field and it’s a litany of Eastern Bloc countries sending fighters—take them out of the equation and lo and behold, there’s nobody in Baby Joe’s way. A star was born in Atlanta, a marketable fighter—and oh by the way, one who would never in his life hear the name “Vassiliy Jirov”, because Jirov was off in Kazakhstan wishing Chebrikov and Putin would notice him.

Speaking of Jirov, there’s another guy who never had to hear his name at these Games—one Antonio Tarver, who traded his prime-timeline bronze medal for gold when Lee Seung-Bae of South Korea proved no match for him. From Floyd Mayweather (featherweight) to Terrance Cauthen and Nate Jones and David Reid and Rhoshii Wells to seemingly everyone else the Americans sent, this was a pugilistic masterpiece that got the public clamoring for the chance to see these guys fight in the pros.

We’ll see the heavier among them next week.

Viktor Chebrikov passed away quietly after a long life on July 2, 1999. Vladimir Putin took over, and as the 2000 Olympics approached in Sydney, young Wladimir Klitschko, still only 23, was tabbed over his older brother to move up to super heavyweight (young Wlad looked at this point like a Save The Children poster boy trying to keep his weight under 91 kilograms) and carry the Soviet torch in Sydney. Less interested in showing up the Americans and more interested in what the family—Klitschko the elder remained skilled as he had always been at reading the political winds, but this time he decided to stick with Putin, and after 13 years of animosity, Vlad-with-a-V tabbed his namesake from Ukraine to become the next head of the KGB—could do for him, Putin himself established what a keen chessmaster he could be. Vladimir the elder had always made a better guard dog than a master. Treat him well, thought Putin, and he could keep the man’s famous sons in line and stop them agitating.

Point of the matter is that young Wlad passed his 24th birthday in training and went off to Australia to do some work.

In the prime timeline, Audley Harrison faced the Russian Alexei Lezin, who had won prime bronze in 1996 after falling at the hands of Wladimir Klitschko in Atlanta. For Harrison, it was the first rung on a ladder that led to a gold medal.

This time around, however, the middleman was eliminated, as the Soviet Union only sent one man, and it was the big (now 115 kg) Ukrainian, who sought to continue a legacy started by his brother twelve years prior and interrupted only by a cynical grab at eroding the legitimacy of Olympic boxing on the part of some foolish American politicians.

Audley Harrison never stood a chance. As happened to him so many times in the pros, when he was in against a guy who could just overpower him, he got flattened.

Klitschko bulldozed through the rest of the field—the New Zealander Angus Shelford, Paolo Vidoz of Italy, and finally Cuban Alexis Rubalcaba all fell by wide margins—Wladimir Klitschko had his Olympic gold.

It is here that we will leave our tale of the Klitschko brothers—Wlad ended up winning two more gold medals at age 28 and 32, at Athens and Beijing. The Klitschko name became synonymous with amateur greatness alongside Teofilo Stevenson. Boxing writers speculating on what might have been asked the question of “what if the Klitschko brothers had gone pro?” Inevitably, either patriotic fervor would doom the Soviet fighters, or else they’d be treated like gods, but the name rang throughout the history of the sport, as much in the discussion of all-time greatness as they are in our prime world.

Instead, let’s consider a 2000s heavyweight universe with no Soviet-born fighters, starting with the after-effects of:

…next week. The grand finale (and the whole point of this exercise in speculation!) awaits.

Fox Doucette writes the weekly What If series for The Boxing Tribune and covers (what’s left of) ESPN Friday Night Fights for this publication. Fan mail, hate mail, and questions about my research methods can be sent to beatcap@gmail.com.