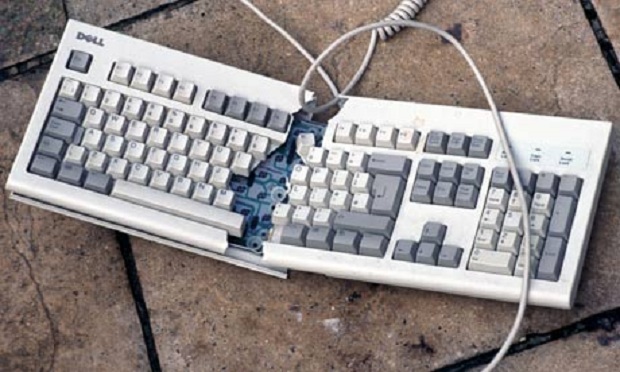 Don’t you feel guilty about having such ridiculously large traffic and opting to say nothing? Powered by millions of dollars worth of SEO jerry-rigging and backdoor corporate hustling, your voice snakes its way into the mainstream sports world like very few others writing about boxing. Yet, you have nothing to say.

You do know, that’s why you have your gig, right? That’s why these corporate types give you that soapbox– because they know you won’t actually do anything with it. You’re safe. Unlikely to rock the boat with subjects of actual benefit to the sport, you appeal to the suits behind your site, who are all about stylized nothingness. They know you’re weak and marshmallowy and that, deep down inside, you just want to see your byline in a public place and BELONG. You don’t get handed the ball in this business if you’re perceived as a threat to the status quo.

How ironic that someone who professes their love for the sport has been put in the unique spot of being able to spotlight necessary change– of benefit to every man, woman, and child taking up this most dangerous of all sports– but can’t/won’t act.

Instead of using your platform to fight the good fight, you use it to gain access to your favorite fighters and gaze lovingly into their eyes while tossing them softball questions. You love everyone you speak to and jealously protect their image from that day forward. You are a publicist’s wet dream, a real patsy. And you do it because that’s what journalists do?

You privately rail against the nobodies who toss accusations of wrongdoing and grift. But you, who have actual access, are too busy blushing in the presence of brutes to ask anything worthwhile. Has it ever occurred to you that those with the burning desire to actually DO something with their writing simply don’t get a one-on-one audience with top stars and deal makers?

A real journalist, real MAN would parlay his traffic into a position of power and force the right questions at the right people. But you wouldn’t do that, would you? Nope. Never. Doing that would mean that THEY would get mad at you. You might suddenly stop getting access to your favorites and the cool little hobby that allows you to occasionally rub elbows with boxing stars– GOSH– could go away and all you’d be left with is yourself, your keyboard, and your pedestrian talents.

Admit it, being a BOXING WRITER makes you feel like a star. It makes you feel like a special member of a secret club. As long as you allow yourself to be the useful idiot, you get to be a real member of this fraternity and prance around like all the other pudgy, middle-aged Suburban boys pretending to be doing something of importance. But you don’t really love the sport. Stop saying that. You like watching fights and found a way to convince those with the bankbooks that you’d be a good little pet.

Oh, and you– the other type of creep– the one with the shovel and the flashlight, digging up corpses of old pugs and making them into your own personal hand puppets. You’re less harmful than the useful idiot, but exceedingly more creepy. You molest the carcasses of long dead boxing heroes, forcing your thoughts into their head and creating dramatic scenarios that were born from a Boxrec footnote, and are now 98% fiction.

You are the frustrated warrior poet, a freshman-level fiction writing star who could never publish a real piece of work. So, you have taken to tickling the gonads of lame-brain boxing scribes, who will give a five-star review to anything about a long-dead “classic” fighter packaged in a fake Mickey Spillane-style noir.

Your arrogance is only surpassed by your stunning lack of self-awareness as you collect writing awards from writers who can’t write and are the private laughingstock of those who can.

The self-proclaimed, self-published, self-anointed KING of boxing historians with one eye fixed on re-working history to fit your narrative and the other focused on forcing your thumbprint on future history. A rich boy Liebling with delusions of grandeur, using the same tired, old narrative each fucking time you’re asked to do a fight report. You may as well screen cap a webcam shot of you ejaculating all over your keyboard.

If all of this comes off as sour grapes…You’re damn right! Writers who actually have something to say and something to add to meaningful discourse are not allowed access to the mainstream boxing public because of the useful idiots and chronic media masturbaters.

In this media, nothingness is rewarded. If you want to make a living in boxing writing, you better learn to be an assistant publicist and hardcore cheerleader.

I do resent having to play half-retarded back when I was doing work for Yahoo and I resent that tremendous writers, thinkers, journalists are starved out of the business in favor of someone who eagerly back-stabs his way to the near-top..and then has nothing at all to say when he gets there.

What a sad fucking joke this all is.

You can email your hate letters and fake job offers to Paul at paulmagno@theboxingtribune.com. You can also buy his book, Notes from the Boxing Underground! Paul is a full member of the Burger King Kids’ Club, a born iconoclast, and an ordained minister in the Universal Life Church.