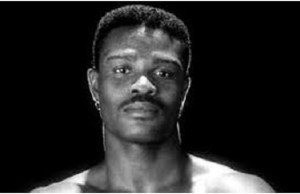 Bernard Hopkins is the ultimate example of how taking the first professional loss can set a fighter free from the pressure that often accompanies a gaudy undefeated record. After all, if you lose your first pro fight, you never have that pressure in the first place—you can regroup, come back, and go on to become a legend.

But what if B-Hop never fought again? What if…

It was a case of being in the wrong place at the wrong time with the wrong people. After losing that fight to Clinton Mitchell on October 11, 1988, Hopkins went back to Philadelphia to try and figure out life after prison…and boxing just wasn’t doing it for him.

A week later, he ran into members of his old street gang, the guys who’d managed to get him arrested in the first place by leading him down the road to perdition in the first place. Nobody knows who said what or how everything went down, but the version of events that the jury chose to believe involved Bernard Hopkins killing four young men in a blind rage.

The warden at Graterford Prison remembered him, taunting him with “Ain’t ever coming back here, my ass.” A promising life had been cut down in its prime, another young man lost to the streets, destined to spend the rest of his days behind bars. The middleweight division paid no notice, still more concerned with names like Michael Nunn, Sumbu Kalambay, and Iran Barkley, titlists at the time. Some kid from Philly who couldn’t stay out of the joint wasn’t going to merit more than a small footnote in history.

The prime timeline knows Segundo Mercado as the guy who somehow managed to fight Bernard Hopkins to a draw before losing the rematch en route to a career that finished on a 1-8-1 streak in which Mercado was knocked out eight times.

Here, however, the IBF needed a warm body to throw into the ring after Roy Jones vacated the title to move up to super middleweight and fight James Toney. These were dark times at 160 pounds. Nunn, Kalambay, and Barkley were past their respective primes, Gerald McClellan was about to take the fateful and nearly fatal step of moving up in weight to fight Nigel Benn at 168, and the future of the 160-pound division was still campaigning at smaller weights—Felix Trinidad was the IBF welterweight champion and Oscar De La Hoya was a lightweight.

Your champions as Christmas came and went in 1994 at middleweight? Mercado, McClellan (again, only two months away from that fight with Benn), and Jorge Fernando Castro. Not exactly a murderer’s row.

Middleweight was at risk of becoming a dumping ground for guys who couldn’t or wouldn’t step up to face the real action that was going on one division above or below them.

Of course, larceny abhors a vacuum, so…

“Terrible” Terry Norris had just come off two utter screwjobs against a relative nobody by the name of Luis Santana, who was a club fighter from the Dominican Republic who managed mainly by way of feigning injury to win a pair of disqualifications and hold the WBC junior middleweight strap without ever having legitimately won a title fight. Santana stamped his name on the history books as the biggest joke ever to call himself a world champion, and while in the prime timeline Norris took a third fight and squashed Santana like a grape in two rounds, here, his disgust with the WBC led him to pick some low-hanging fruit six pounds up the scale when the WBO offered him a shot at their champion.

Norris had plenty of power at 154—he’d shown it in his demolitions of Meldrick Taylor and John “The Beast” Mugabi, as well as dropping a should’ve-stayed-retired Sugar Ray Leonard twice in a fight in 1991. Sugar Ray had been a champion at 168 (and, allegedly, 175, but the less said about that multi-division-titlist farce that makes the Manny Pacquiao-Antonio Margarito fight look on the level, the better) and knocked out Donny Lalonde. For Terry Norris to not only stand up to that kind of a punch but to handle his own augured well for a move up the scale.

Castro had never been stopped in a career that by this point in 1995 had already spanned over a hundred fights—Castro came into this contest with a record of 97-4-2, including a KO win over John David Jackson in the ninth round of Ring Magazine’s 1994 Fight of the Year.

The downside to that fight for Castro, however, was that Jackson had exposed a weakness in Castro’s game—the Argentine was no Carlos Monzon, and he was losing very badly on all three scorecards before chucking a punch out of goddamn nowhere that dropped the man who was trying to regain the WBA middleweight championship of the world.

Terry Norris knew it, and he set about executing a fight plan that involved heavy work to the body, slowly breaking down the will of the guy in front of him, coming in behind his jab like he was 1987 Mike Tyson, but never resorting to all-out attack out of respect for the potential that Castro had showed to do damage out of nowhere.

That, ultimately, is why it took eleven rounds and not two. Norris fought a methodical but completely dominant fight, and referee Stanley Christodoulou, who had officiated the Jackson fight and who therefore was more than willing to let Castro have every opportunity to prove that he could pull a similar miracle out of his ass in this fight, finally called it off with 27 seconds left in the eleventh round.

Meanwhile, as Norris was defending his two newly-gained belts:

Take everything that made that 1994 fight great, throw in a dose of Jackson learning from both his own mistake and Terry Norris’s blueprint offered to him, and you’ve got a recipe for the fight that, from Jackson’s point of view, the first fight should have been. Jackson won every round, Castro was done, never to be a serious player at 160 pounds again, and the world began to clamor for what was sure to be the most meaningful fight at one of boxing’s old school eight divisions since Sugar Ray Leonard and Marvin Hagler laced up the gloves a decade prior.

Don King consolidated a bunch of purse bids and billed the pay-per-view as the greatest night of champions that boxing had ever known. Virgil Hill and Dariusz Michalczewski prepared to unify the light heavyweight crown. Felix Trinidad and Pernell Whitaker put their welterweight titles on the line. And you may have heard a thing or two about the main event. Mike Tyson and Evander Holyfield would square off for the first time, a fight simply known as “Finally.” on the posters. Rounding out the card, there would be a middleweight showdown:

There’s just one problem with the common-opponent measure of competition in a fight. When one guy gets knocked out and needs to learn from watching the other one how to handle a big puncher, what tends to get lost in the translation is that when you face the guy who knocked out the guy who knocked you out, it’s got a nasty habit of not ending well.

Terry Norris was making middleweight his own personal playground, and this was one more opponent smacked around like Norris was staking his entire Hall of Fame case on looking good in front of three million pay-per-view buys. Whitaker put on the defensive masterpiece. Tyson and Holyfield put on the Fight of the Year. But it was Terry Norris who put on the beautiful, delicious beatdown to satisfy the bloodlusted.

Among those watching in awe? A 14-year-old kid from Kazakhstan who would later make some noise in Athens on his way to a silver medal.

Norris kept up the pace for another four years, stamping his name on history as an all-time great middleweight after he had already gained plenty of renown as one of the best 154-pound fighters of the early part of the 1990s. All good things must end, however, as…

Trinidad had vacated his titles at 154 pounds to move up and challenge a guy who was now nearly 34 years old, had been fighting for 15 of those years, and who at this point was 55-6 as a professional. The mileage caught up with Norris, as Trinidad boxed circles around him, stood up to what shots he was able to land, and finally took the fight to the enemy, completely neutralizing Norris and beating the will to fight out of him.

Trinidad cruised to a wide unanimous decision, 116-112, 118-110 (twice), and the reign of terror of Terry Norris had come to an end. There’s a great deal of “for want of a nail” in the story, as a division weakened by the lack of its greatest prime-timeline star combined with a man disgusted at the WBC for having the audacity to perpetrate two atrocities in officiating against him to thrust that same man into greatness six pounds up the scale from where he had found his glory in prime history.

When he went into the Hall of Fame, much ink was spilled in praise of his dominance, and every magazine plus even ESPN’s Teddy Atlas began to speculate where Norris belonged in the greatest-of-all-time discussions, with most ranking him at middleweight a tier below guys like Robinson, Monzon, and Hagler, but nonetheless recognizing him as a great champion in his own right.

Hey, who’s ready for another multi-part, longform, super-sized story? Because we’re going to answer the question “What if boxing had one champion per weight class?”, but we’re going to do it against the backdrop of a broad, sweeping 40-year history. You’re going to like the point of divergence, which could happen “Only in America.” That’s all the spoilers you’re getting. Stay tuned, it’s going to be one hell of a ride.

Fox Doucette covers Friday Night Fights for Boxing Tribune News and writes the What If alt-history series for The Boxing Tribune. It was fascinating when doing the research for this article to see just what a wasteland the middleweight division was during the first part of B-Hop’s reign atop the IBF. Fan mail, hate mail, and just how much of an ass pull you think making Terry Norris an ATG was can be sent to beatcap@gmail.com.